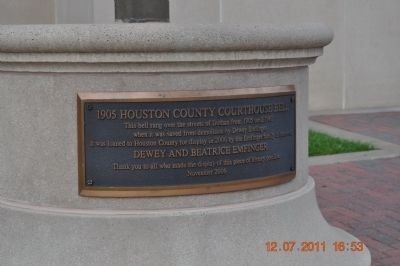 This bell rang over the streets of Dothan from 1905 until 1960 when it was saved from demolition by Dewey Emfinger. It was loaned to Houston County for display in 2006 by the Emfinger family in honor of Dewey and Beatrice Emfinger. Thank you to all who made the display of this piece of history possible. November 2006

Topics and series. This historical marker is listed in this topic list: Government & Politics. In addition, it is included in the Historic Bells series list. A significant historical year for this entry is 1905. 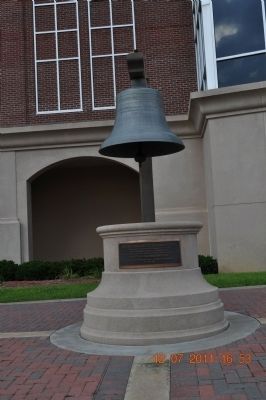 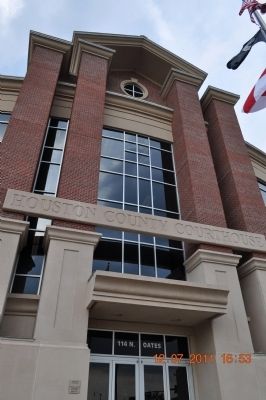