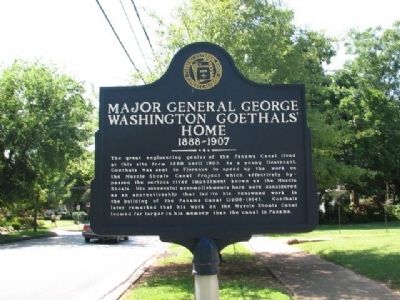 By Sandra Hughes, July 25, 2009
1. Major General George Washington Goethals' Home Marker
Inscription.
Major General George Washington Goethals' Home. 1888~1907. The great engineering genius of the Panama Canal lived at this site from 1888 until 1907. . . As a young lieutenant, Gothals was sent to Florence to speed up the work on the Muscle Shoals Canal Project which effectively by~passed the serious river impediment known as the Muscle Shoals. His successful accomplishments here were considered as an apprenticeship that led to his renowned work in the building of the Panama Canal (1908~1914). Goethals later remarked that his work on the Muscle Shoals Canal loomed far larger in his memory than the canal in Panama. . This historical marker was erected by Florence Historical Board. It is in Florence in Lauderdale County Alabama

The great engineering genius of the Panama Canal lived at this site from 1888 until 1907.

Erected by Florence Historical Board.

Location. 34° 48.478′ N, 87° 40.645′ W. Marker is in Florence, Alabama, in Lauderdale County. Marker is on North Wood Avenue north of East Irvine Avenue, on the right when traveling south. Marker is located at the street in front of the house. Touch for map. Marker is at or near this postal address: 629 North Wood Avenue, Florence AL 35630, United States of America. Touch for directions. 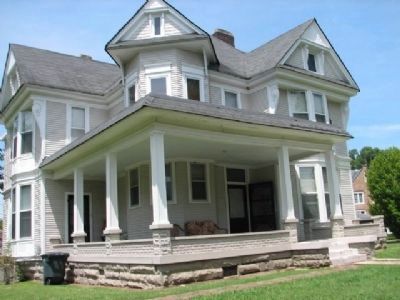 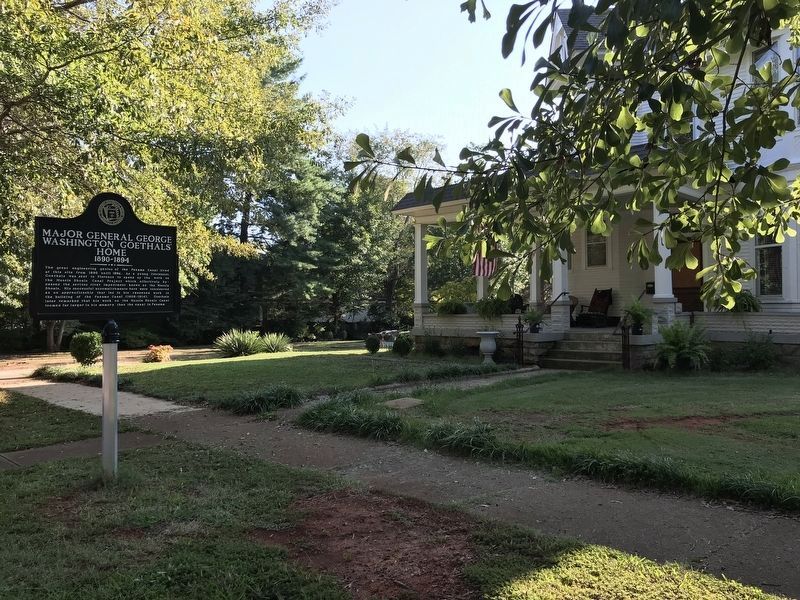