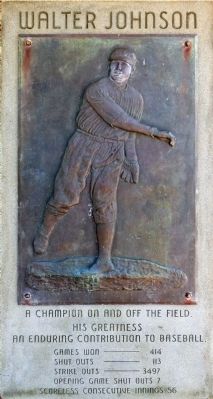 By Allen C. Browne, June 16, 2015
1. Walter Johnson Marker
Inscription.
Walter Johnson. .
A champion on and off the field His Greatness An Enduring Contribution to Baseball..

. This historical marker is in Bethesda in Montgomery County Maryland

A champion on and off the field
His Greatness
An Enduring Contribution to Baseball. 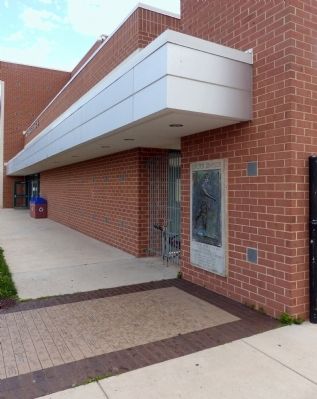 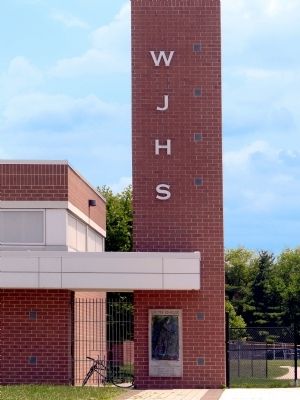 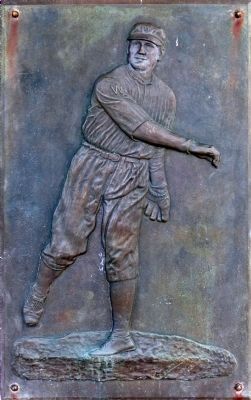 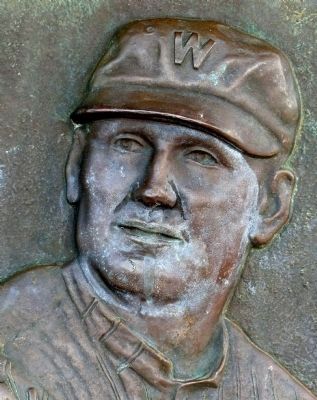 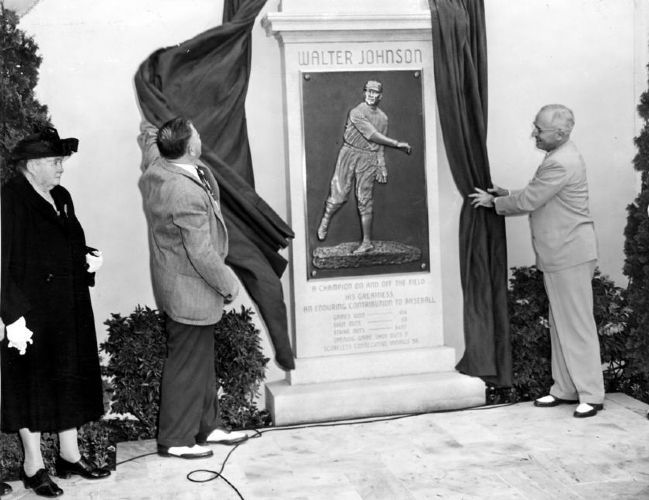 Truman remarked, “I am honored and privileged to be called upon to unveil this plaque to a man, who in my opinion is the greatest ballplayer who ever lived. He was a great ballplayer, a great American, and a great citizen of The United States.” 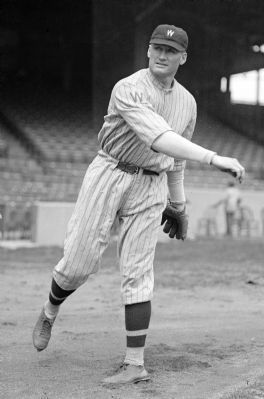 Library of Congress
7. Walter Johnson
This photo taken during the Senators winning 1924 season (see Damn Yankees by Douglass Wallop), seems to be model for the monument. 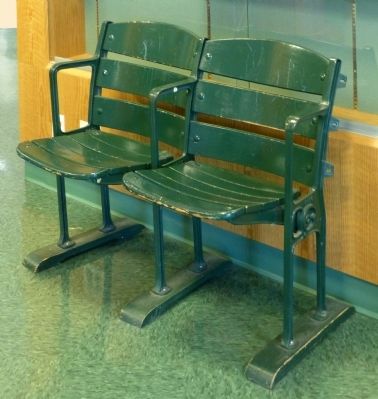