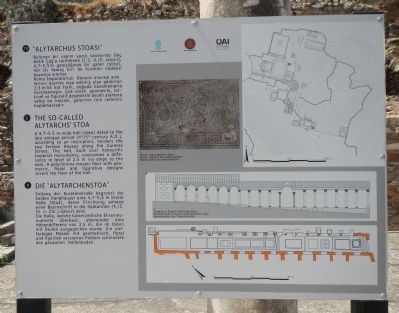 English:
A 4.7-5.5 m-wide hall (stoa) dated to the late antique period (4th /5th century A.D.), according to an inscription, borders the two Terrace Houses along the Curetes Street. The hall, built over honourific Imperial monuments, overcomes a difference in level of 2.5 m via steps to the east. A polychrome mosaic floor with geometric, floral and figurative designs covers the floor of the hall.

German: To read the German text, click on the marker image to enlarge it. 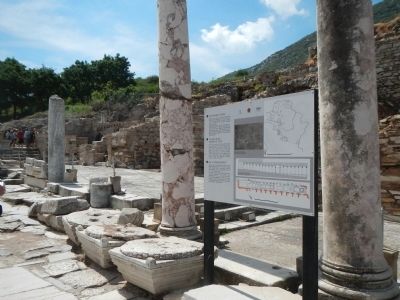 More about this marker. This marker is on the grounds of the ruins of the Roman city of Ephesus (Efes). 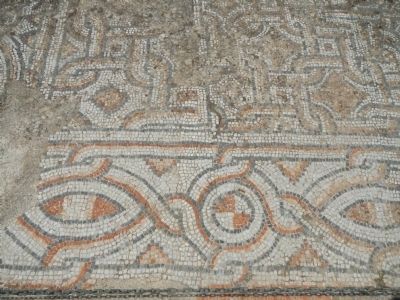 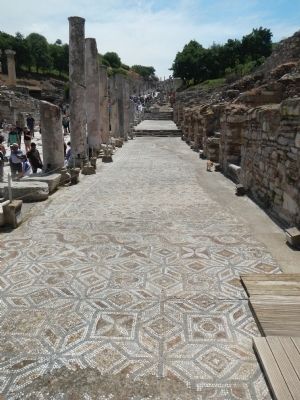