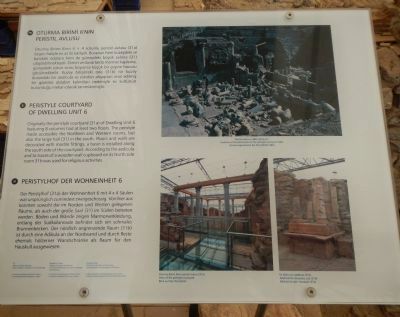 English:
Originally the perıstyle courtyard (31a) of Dwelling Unit 6 featuring 8 columns had at least two floors. The perıstyle made accessible the Northern and Western rooms, but also the large hall (31) in the south. Floors and walls are decorated with marble fittings, a basın is installed along the south side of the courtyard. According to the aedicula and to traces of a wooden wall cupboard on its North sıde room 31b was used for religious activities.

German: To read the German text, click on the marker 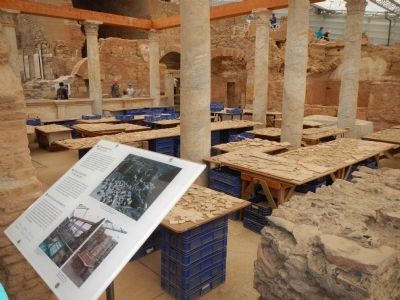 Click or scan to see
this page online
image to enlarge it.