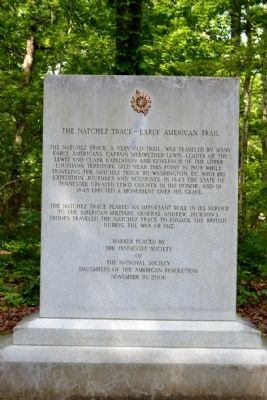 The Natchez Trace, a very old trail, was traveled by many early Americans. Captain Meriwether Lewis, leader of the Lewis and Clark Expedition and governor of the Upper Louisiana Territory, died near this point in 1809 while traveling the Natchez Trace to Washington, DC with his expedition journals and accounts. In 1843 the State of Tennessee created Lewis County in his honor, and in 1848 erected a monument over his grave.

The Natchez Trace played an important role in its service to the American military. General Andrew Jackson’s troops traveled the Natchez Trace to engage the British during the War of 1812.

Marker placed by the Tennessee Society of the National Society Daughters of the American Revolution
November 10, 2006

Erected 2006 by Daughters of the American Revolution.

Topics and series. This historical marker is listed in these topic lists: Roads & Vehicles • War of 1812. In addition, it is included in the Daughters of the American Revolution, the Former U.S. Presidents: #07 Andrew Jackson, and the Natchez Trace series lists. A significant historical date for this entry is November 10, 2006. 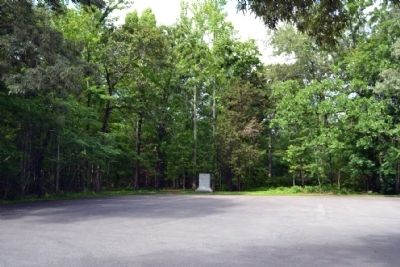 By Duane Hall, June 4, 2015
2. The Natchez Trace – Early American Trail Marker
Next to parking area for the Grinder House

Click or scan to see
this page online
35° 30.527′ N, 87° 27.601′ W. Marker is near Hohenwald, Tennessee, in Lewis County. Marker can be reached from Natchez Trace Parkway (at milepost 385.9), 0.2 miles north of Summertown Highway (Tennessee Route 20), on the left when traveling north. Marker is located next to the parking area for the Grinder House at the Meriwether Lewis Site on the Natchez Trace. Touch for map. Marker is in this post office area: Hohenwald TN 38462, United States of America. Touch for directions. 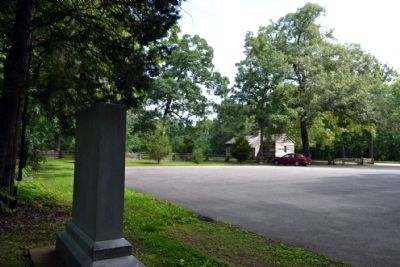