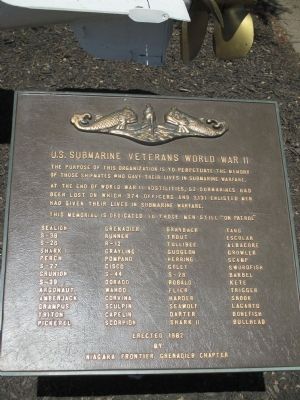 Topics and series. This memorial is listed in this topic list: War, World II. In addition, it is included in the Still On Patrol series list. 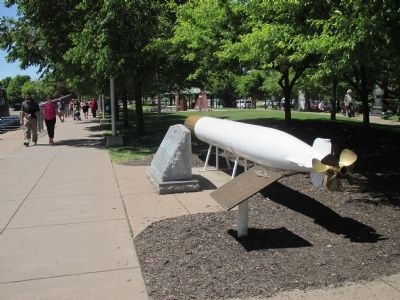 Click or scan to see
this page online
W. Marker is in Buffalo, New York, in Erie County. Memorial can be reached from Marine Drive 0.2 miles east of Erie Street. Memorial is in Veterans Park at the Buffalo Naval & Military Park. Memorial is along the Buffalo River. Touch for map. Marker is at or near this postal address: 1 Naval Park Cove, Buffalo NY 14202, United States of America. Touch for directions.