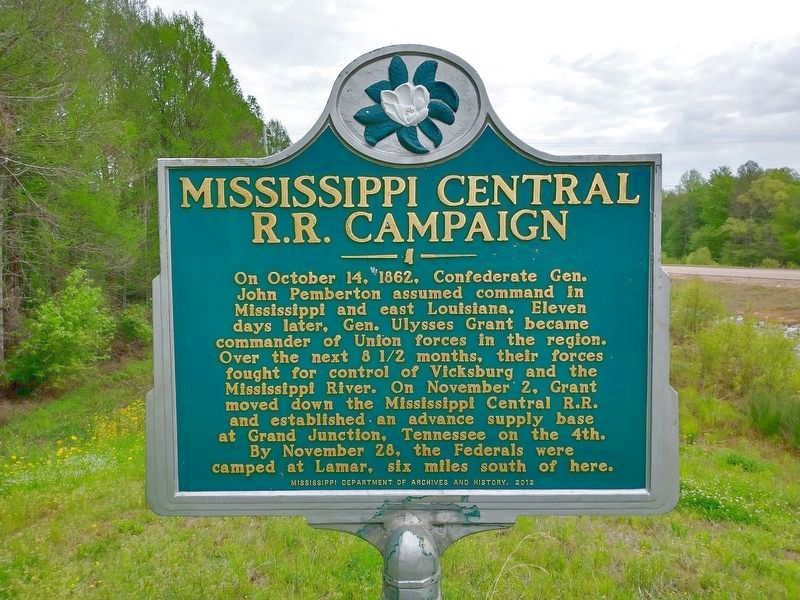 On October 14, 1862, Confederate Gen. John Pemberton assumed command in Mississippi and east Louisiana. Eleven days later, Gen. Ulysses Grant became commander of Union forces in the region. Over the next 8 1/2 months, their forces fought for control of Vicksburg and the Mississippi River. On November 2, Grant moved down the Mississippi Central R.R. and established an advance supply base at Grand Junction, Tennessee on the 4th. By November 28, the Federals were camped at Lamar, six miles south of here.

Topics and series. This historical marker is listed in these topic lists: Railroads & Streetcars • War, US Civil. In addition, it is included in the Former U.S. Presidents: #18 Ulysses S. Grant, and the Mississippi State Historical Marker Program series lists. A significant historical date for this entry is October 14, 1862. 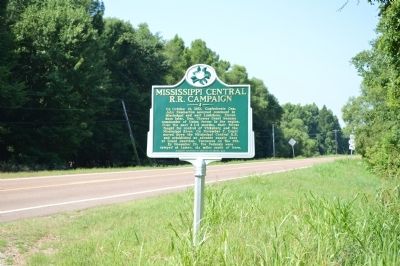 Click or scan to see
this page online
when traveling east. Touch for map. Marker is in this post office area: Michigan City MS 38647, United States of America. Touch for directions.