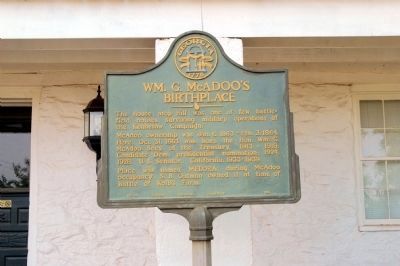 The house atop hill was one of the few battle-field houses surviving military operations of the Kennesaw Campaign.

Place was named MELORA during McAdoo occupancy. S. B. Oatman owned it at time of Battle of Kolb's Farm.

Topics and series. This historical marker is listed in these topic lists: Government & Politics • War, US Civil. In addition, it is included in the Georgia Historical Society series list. A significant historical month for this entry is January 1818. 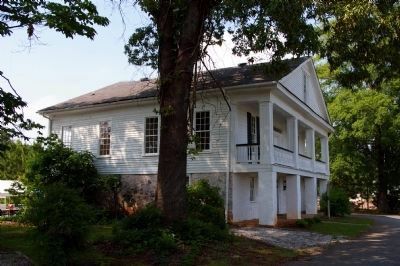 Photographed By David Seibert, May 24, 2008
2. Wm. G. McAdoo's Birthplace
Marker can be seen in front of the house, which is now an office building.

Click or scan to see
this page online
to house (and marker) is off the entrance to shopping center from John Ward Road. Marker is directly in front of house. Touch for map. Marker is in this post office area: Marietta GA 30008, United States of America. Touch for directions.