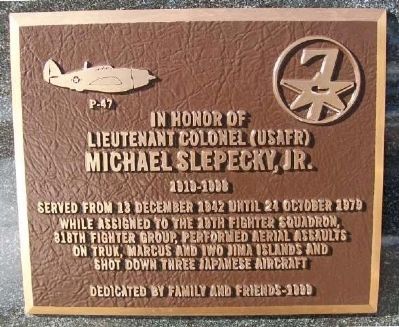 Served from 13 December 1942 until 24 October 1979 While assigned to the 19th Fighter Squadron, 318th Fighter Group, performed aerial assaults on Truk, Marcus and Iwo Jima islands and shot down three Japanese aircraft. . This historical marker was erected in 1999 by Family and Friends. It is in Wright-Patterson Air Force Base in Montgomery County Ohio

Erected 1999 by Family and Friends.

Location. 39° 46.763′ N, 84° 6.751′ W. Marker is in Wright-Patterson Air Force Base, Ohio, in Montgomery County. Marker (Memorial Wall #1, 102) is in the Memorial Park of the National Museum of the United States Air Force, with museum access off Springfield Street. Touch for map. Marker is at or near this postal address: 1100 Spaatz Street, Dayton OH 45433, United States of America. Touch for directions. 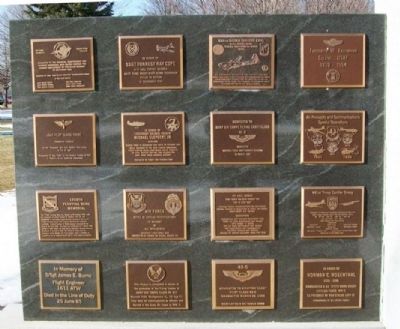 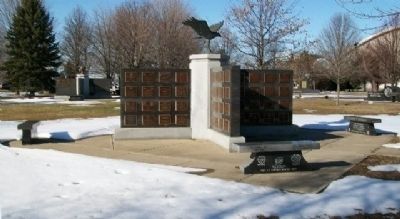 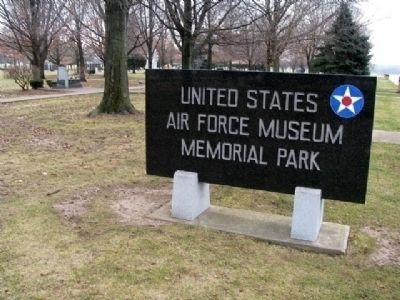