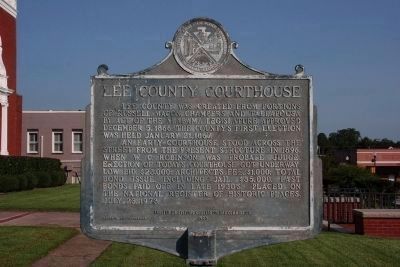 (side a)
Lee County Courthouse

Lee County was created from portions of Russell, Macon, Chambers and Tallapoosa by act of the Alabama Legislature, approved December 5, 1866. The County’s first election was held January 21, 1867.

(side b)
Lee County Probate Judges 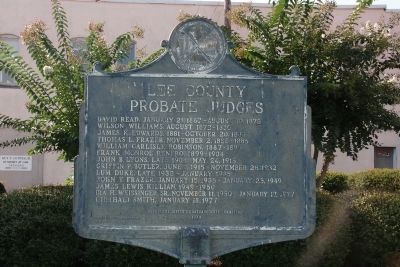 Topics. This historical marker is listed in this topic list: Government & Politics. A significant historical month for this entry is January 1945.

Location. 32° 38.755′ N, 85° 22.744′ W. Marker is in Opelika, Alabama, in Lee County. Marker is on South 9th Street south of Avenue A, on the right when traveling south. Marker stands in the yard of the Courthouse to the left of the building's entrance. Touch for map. Marker is at or near this postal address: 215 South 9th Street, Opelika AL 36801, United States of America. Touch for directions.

Other nearby markers. At least 8 other markers are within walking distance of this marker. Killgore Scholarships / Some Terms of Scholarships (within shouting distance of this marker); Railroad Avenue Historic District (about 500 feet away, measured in a direct line); South Railroad Avenue (about 700 feet away); Rosseau's Raid to East Alabama (approx. 0.2 miles away); First United Methodist Church (approx. 0.2 miles away); Emmanuel Episcopal Church (approx. ¼ mile away); Thompson Chapel (approx. half a mile away); Darden House (approx. 0.6 miles away). Touch for a list and map of all markers in Opelika. 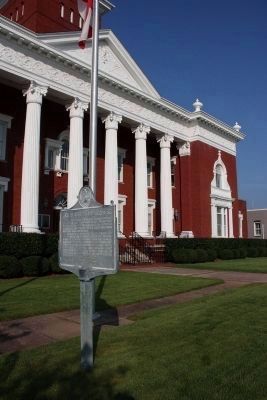 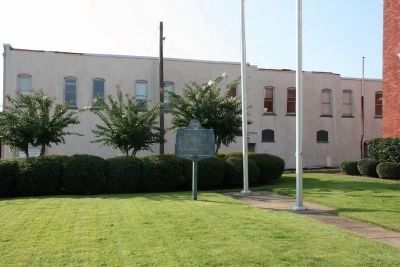 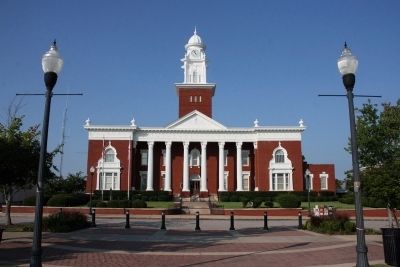 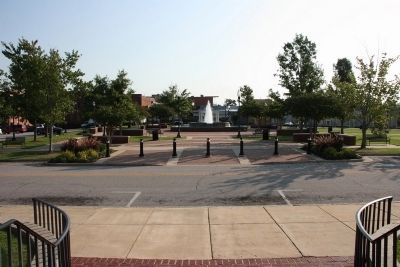