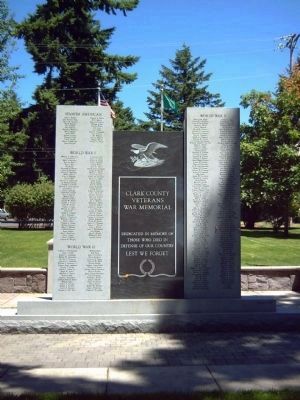 Location. 45° 37.612′ N, 122° 39.873′ W. Marker is in Vancouver, Washington, in Clark County. Memorial is on Fort Vancouver Way near McClellan Road, on the right when traveling north. Marker is located at Historic Vancouver Barracks. Touch for map. Marker is in this post office area: Vancouver WA 98661, United States of America. Touch for directions. 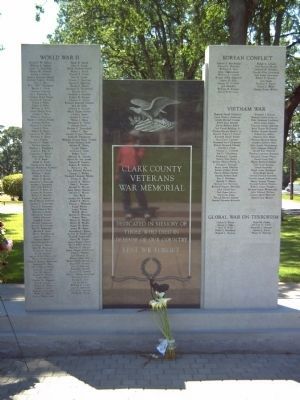 Regarding Clark County Veterans Memorial. The names of ten Clark County soldiers and Marines who have fallen since the Sept. 11, 2001 attacks are inscribed on the memorial along with the names of fallen comrades from other wars.

Additional commentary.
1. Why a new memorial?
The original memorial located at the Clark County Courthouse was built in 1945. Several years ago it was discovered that names were missing from that memorial. Because of the smaller size, age and handicap inaccessbility of the original memorial it was thought a new memorial might be in order. Upon a request from Clark County officials, the 40 et 8 formed The Clark County Veterans Memorial Advisory Committee, co-chaired by Chuck Jones and Coleah I. Penley-Ayers. Meeting monthly, committee members worked for five years uncovering more missing names, designing, planning and fundraising. Primarily the memorial was funded by individual donations from within the community.
[Source: http://www.pacifier.com/~coleah/ccmem.htm] 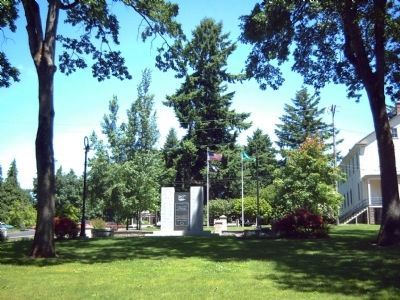 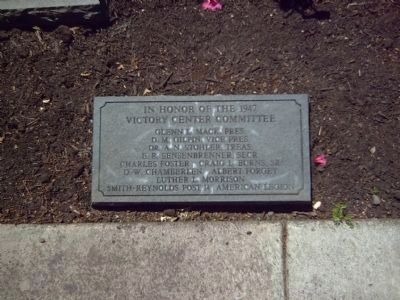 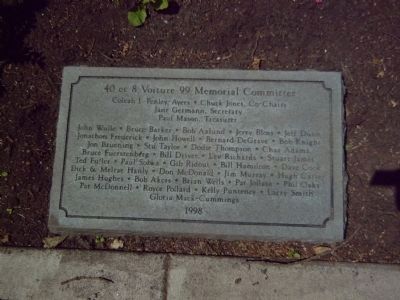 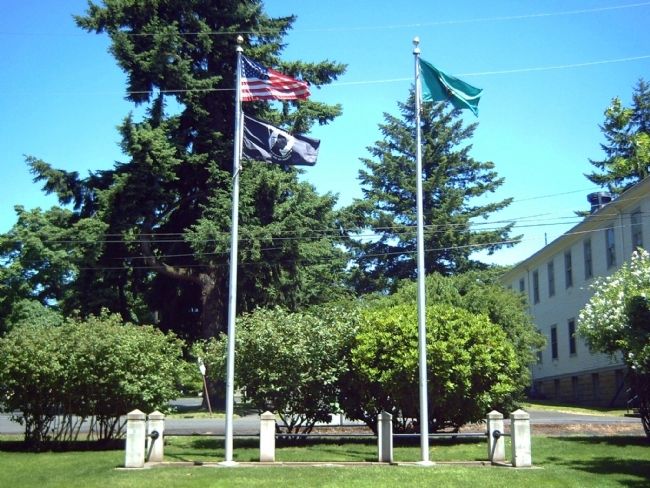