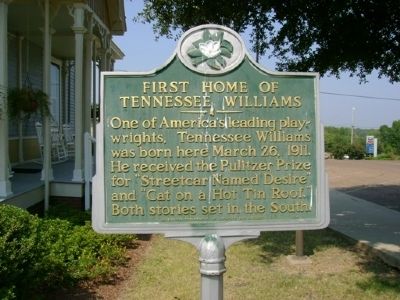 One of America's leading playwrights, Tennessee Williams was born here March 26, 1911. He received the Pulitzer Prize for "Streetcar Named Desire" and "Cat on a Hot Tin Roof." Both stories set in the South.

Erected 1974 by Mississippi Department of Archives and History.

Topics and series. This historical marker is listed in these topic lists: Arts, Letters, Music • Entertainment. In addition, it is included in the Mississippi State Historical Marker Program series list. A significant historical month for this entry is March 1839. 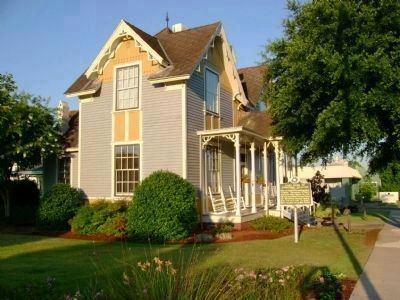 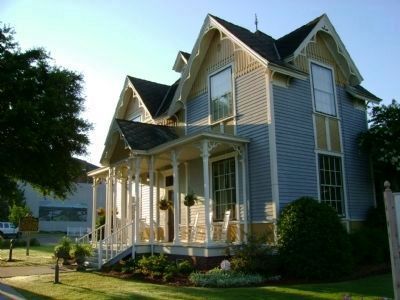