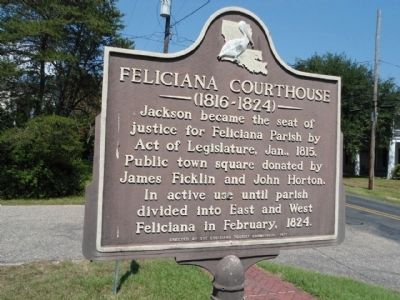 Jackson became the seat of justice for Feliciana Parish by Act of Legislature, Jan., 1815. Public town square donated by James Ficklin and John Horton. In active use until parish divided into East and West Feliciana in February, 1824.

Topics. This historical marker is listed in these topic lists: Government & Politics • Settlements & Settlers. A significant historical month for this entry is February 1824. 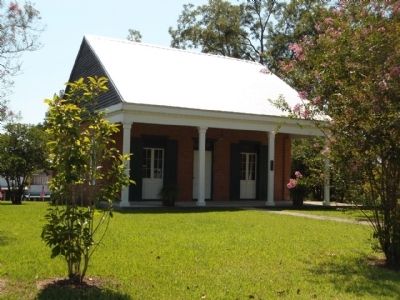 Click or scan to see
this page online
away, measured in a direct line); First European Settlers (about 600 feet away); Jackson (about 700 feet away); Republic of West Florida (about 700 feet away); Crown Metal Products Narrow Gauge Locomotive #2 (about 800 feet away). Touch for a list and map of all markers in Jackson.
Credits. This page was last revised on June 16, 2016. It was originally submitted on July 19, 2015. This page has been viewed 420 times since then and 38 times this year. Photos:   1, 2. submitted on July 19, 2015. • Bernard Fisher was the editor who published this page.