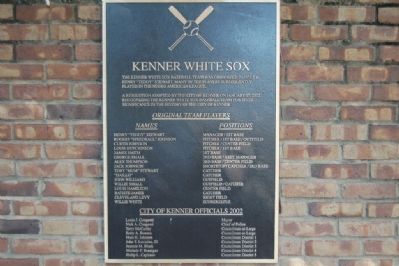 The Kenner White Sox baseball team was organized in 1932 by Henry "Teddy" Stewart. Many of the players subsequently played in the Negro American League. 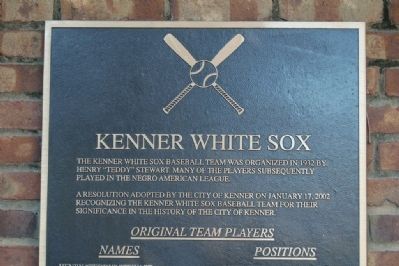 Click or scan to see
this page online
African Americans • Sports. A significant historical month for this entry is January 1984.

Location. 29° 58.471′ N, 90° 14.864′ W. Marker is in Kenner, Louisiana, in Jefferson Parish. Marker can be reached from the intersection of Minor Street and 4th Street, on the right when traveling south. Mounted on a brick dividing wall at an outdoor patio space. Touch for map. Marker is in this post office area: Kenner LA 70062, United States of America. Touch for directions. 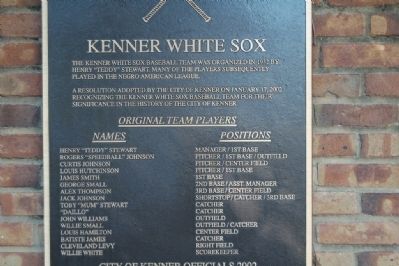 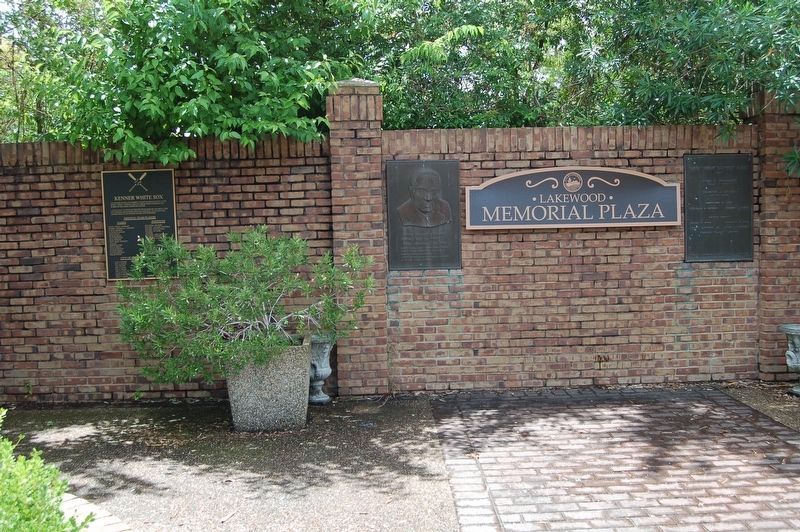