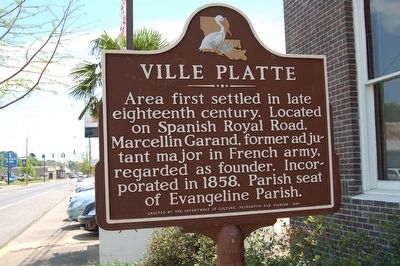 Erected 1980 by Department of Culture, Recreation and Tourism.

Other nearby markers. At least 8 other markers are within 16 miles of this marker, measured as the crow flies. National Register of Historic Places (here, next to this marker); City of Ville Platte City Hall (a few steps from this marker); Vietnam Veterans Memorial (about 500 feet away, measured in a direct line); Fred's Lounge (approx. 9.4 miles away); Calvary Baptist Church (approx. 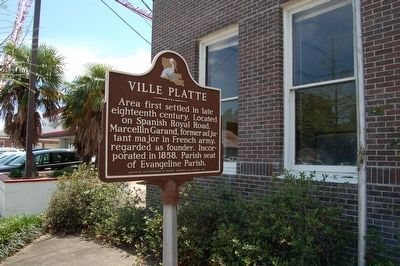