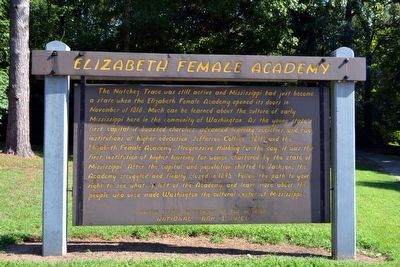 The Natchez Trace was still active and Mississippi had just become a state when the Elizabeth Female Academy opened its doors in November of 1818. Much can be learned about the culture of early Mississippi here in the community of Washington. As the young state’s first capital it boasted churches, advanced learning societies, and two institutions of higher education, Jefferson College (1811) and the Elizabeth Female Academy. Progressive thinking for the day, it was the first institution of higher learning for women chartered by the state of Mississippi. After the capital and population shifted to Jackson, the Academy struggled and finally closed in 1845. Follow the path to your right to see what is left of the Academy and learn more about the people who once made Washington the cultural center of Mississippi.

Topics and series. This historical marker is listed in these topic lists: Education • Settlements & Settlers • Women. In addition, it is included in the Natchez Trace series list. 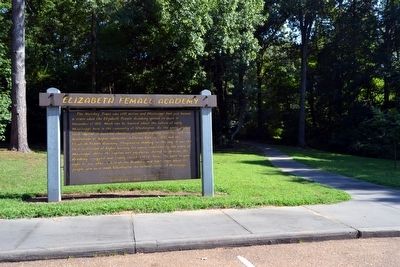 By Duane Hall, August 4, 2015
2. Marker Next to Path Leading to Ruins of Academy
31° 34.453′ N, 91° 17.595′ W. Marker is near Washington, Mississippi, in Adams County. Marker can be reached from Natchez Trace Parkway (at milepost 5.1), 3.3 miles south of U.S. 61. Marker is located at the Elizabeth Female Academy turnout on the parkway. Touch for map. Marker is in this post office area: Washington MS 39190, United States of America. Touch for directions. 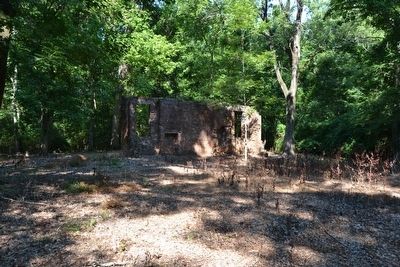 Editor’s want-list for this marker. Photo with wider view of marker and surroundings. • Can you help?
Share This Page.