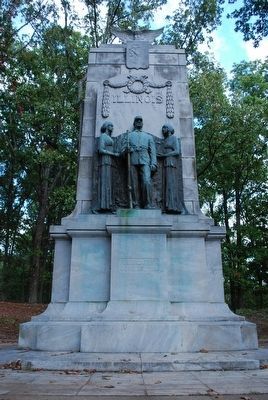 (rear)
“Erected To the memory of the Illinois Soldiers who died on the battlefield of Kennesaw Mountain, Georgia, June 27th, 1864.

On this field the men of Col. Dan McCooks 3rd brigade, 2nd Div. 14th Army Corps assaulted the Confederate works on the 27th day of June, 1864, losing four hundred and eighty killed, and wounded including two commanders, Col. Dan McCook mortally wounded and Col. O.F. Harmon killed; brigade reached Confederate works and at less than one hundred feet from them maintained a line for six days and nights without relief, at the end of which time the Confederates evacuated.” 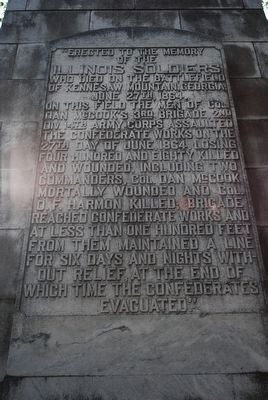 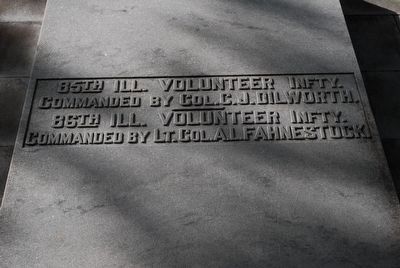 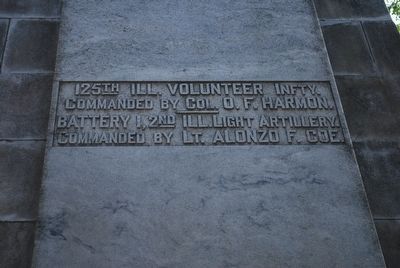 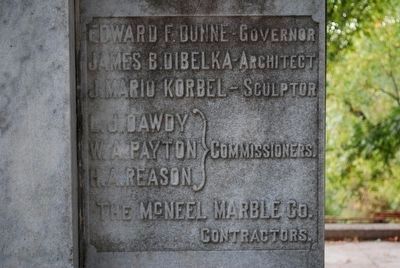 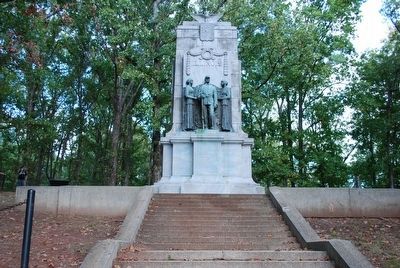 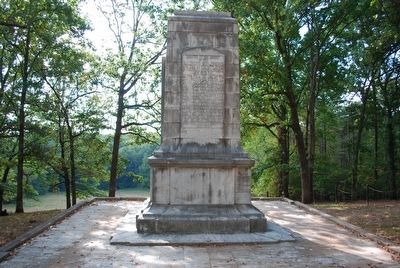