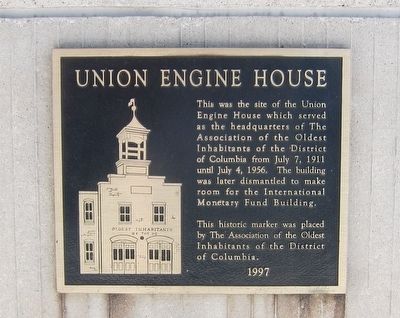 This was the site of the Union Engine House, which served as the headquarters of The Association of the Oldest Inhabitants of the District of Columbia from July 7, 1911 until July 4, 1956. The building was later dismantled to make room for the International Monetary Fund Building.

Erected 1997 by The Association of the Oldest Inhabitants of the District of Columbia.

Topics. This historical marker is listed in this topic list: Charity & Public Work. A significant historical month for this entry is July 1861. 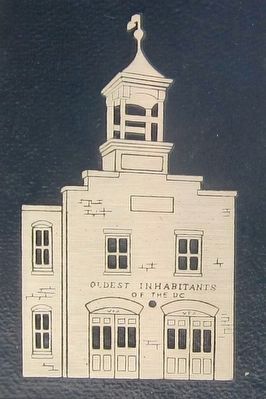 More about this marker. The marker is located on the inside face of a low retaining wall, and is more easily seen from H St.

2. More About the AOI. The AOI presents their history, "...In 1909, the District Commissioners, in recognition of the association's support for the city, passed a resolution allowing AOI to create a permanent meeting place in the old Union Engine Company building at 19th and H streets, N.W. There AOI shared the building with the Veteran Volunteer Fireman's Association, which had been granted use of the building in 1891 and had established a museum of fire fighting equipment and memorabilia. AOI met for the first time at the Union Engine Company on July 11, 1911 and continued 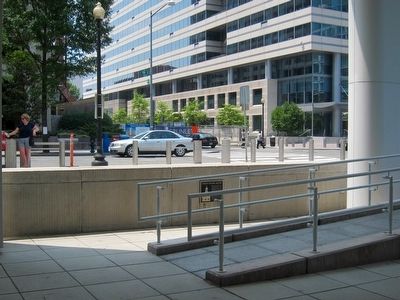