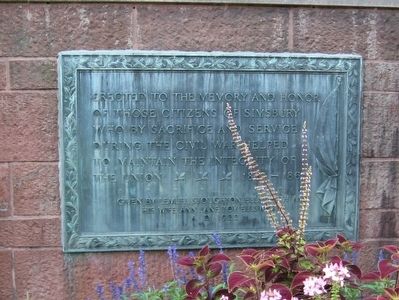 Photographed By Michael Herrick, August 28, 2015
1. Simsbury Civil War Memorial
Inscription.
Simsbury Civil War Memorial. . , Erected to the memory and honor of those citizens of Simsbury who by sacrifice abd service during the Civil War helped to maintain the integrity of the Union 1861 – 1865 , Given by Lemuel Stoughton Ellsworth and his wife Ann Jane Toy Ellsworth , A.D. 1922 . This memorial was erected in 1922. It is in Simsbury in Hartford County Connecticut

Given by Lemuel Stoughton Ellsworth and his wife Ann Jane Toy Ellsworth
A.D. 1922

Location. 41° 52.494′ N, 72° 48.12′ W. Marker is in Simsbury, Connecticut, in Hartford County. Memorial is at the intersection of Hopmeadow Street (Connecticut Route 10) and Station Street, on the right when traveling south on Hopmeadow Street. Located at the entrance gates to Simsbury Cemetery. Touch for map. Marker is in this post office area: Simsbury CT 06070, United States of America. Touch for directions. 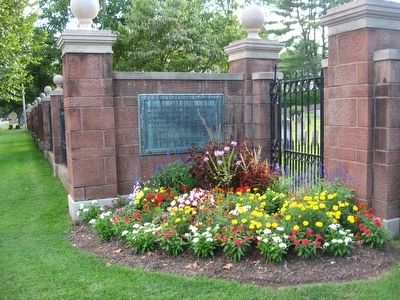 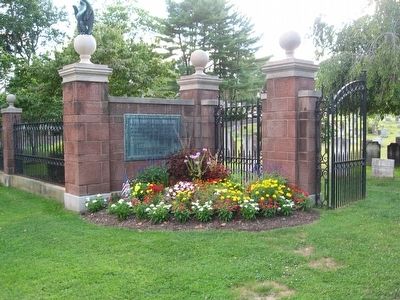