Founding of the American Legion 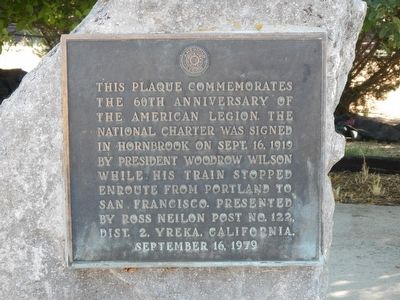 This plaque commemorates the 60th anniversary of the American Legion. The national charter was signed in Hornbook on Sept. 16, 1919 by President Woodrow Wilson while his train stopped enroute from Portland to San Francisco.

Topics and series. This historical marker is listed in these topic lists: Fraternal or Sororal Organizations • War, World I. In addition, it is included in the Former U.S. Presidents: #28 Woodrow Wilson series list. A significant historical date for this entry is September 16, 1919.

Location. 41° 54.606′ N, 122° 33.345′ W. Marker is in Hornbook, California, in Siskiyou County. Marker is on Front Street near Henly-Hornbook Road, on the right when traveling north. Touch for map. Marker is at or near this postal address: 6001 Front Street, Hornbrook CA 96044, United States of America. Touch for directions. 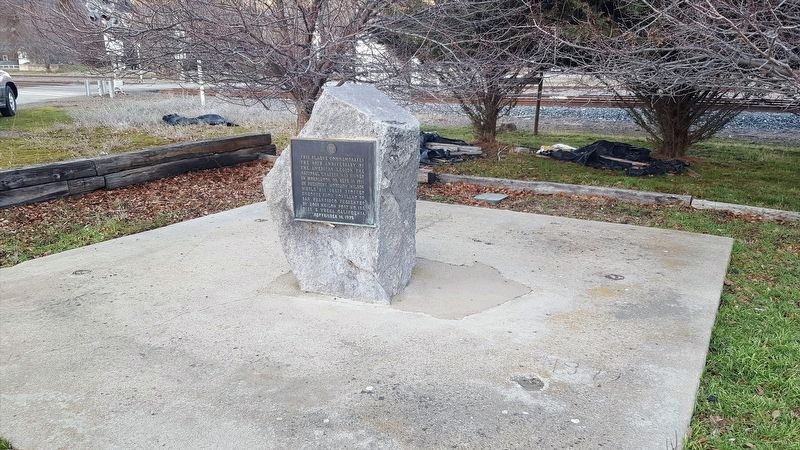 Also see . . .  History - American Legion. The American Legion was chartered by Congress in 1919 as a patriotic veterans organization. Focusing on service to veterans, servicemembers and communities, the Legion evolved from a group of war-weary veterans of World War I into one of the most influential nonprofit groups in the United States. (Submitted on September 1, 2015, by Barry Swackhamer of Brentwood, California.) 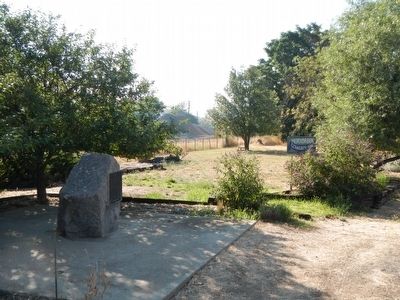 By Barry Swackhamer, August 21, 2015
3. Founding of the American Legion Marker 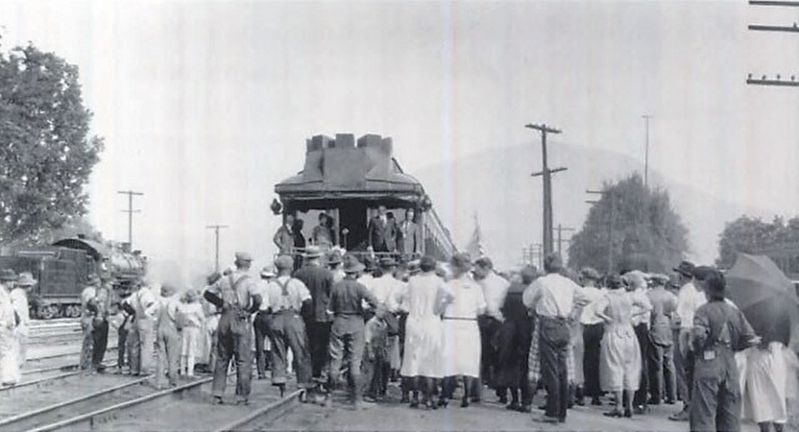