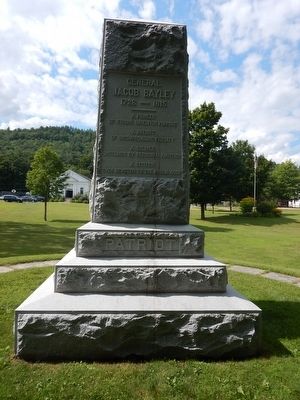 {South side}
Soldier
French and Indian war
Lieutenant 1755, Captain 1757, Colonel 1760
Siege of Fort William Henry,
Battles of Ticonderoga and Crown Point,
Capture of Montreal
Revolutionary war
Brigadier General 1776,
Commissary General of Northern
Department of Colonial Army 1777
Battle of Saratoga
"I am determined to fight for
the United States as long as I live
and have one copper in my hands"

{West side}
Citizen
A leading citizen of Hampstead
New Hampshire 1746-1764.
Founder of this town 1762.
Secured its first charter from
New Hampshire 1763. Its second
from New York 1772.
Founder of first church 1764,
and one of its two first deacons.
Delegate to New York
Provincial Congress 1777.
Representative to Vermont
General Assembly 1777 and 1784.
Member of Council of safety 1777,
of Court of 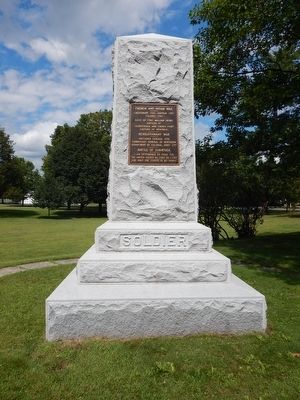 {North side}
Pioneer
"I have nothing left but my farm, all else I have advanced for the public and I think it well spent if I have done any good"

Erected 1912 by Some of his descendants.

Topics. This historical marker is listed in these topic lists: Government & Politics • Settlements & Settlers • War, French and Indian • War, US Revolutionary. A significant historical year for this entry is 1726.

Location. 44° 4.723′ N, 72° 3.523′ W. Marker is in Newbury, Vermont, in Orange County. Marker is on Main Street (U.S. 5) south of Chapel Street, on the right when traveling south. Marker is located on the Newbury common. Touch for map. Marker is in this post office area: Newbury VT 05051, United States of America. Touch for directions. 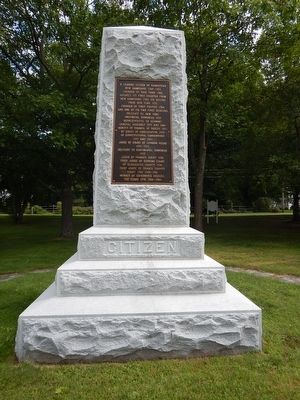 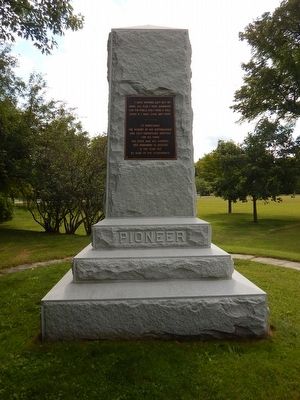 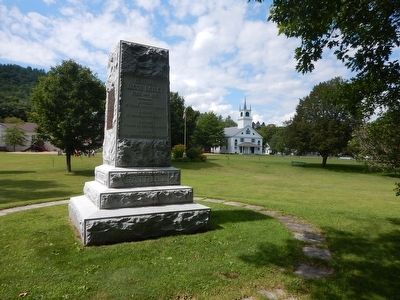