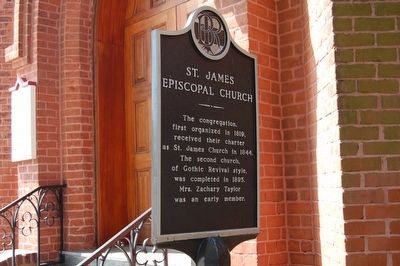 The congregation first organized in 1819, received their charter as St. James Church in 1844. The second church, of Gothic Revival style, was completed in 1895. Mrs. Zachary Taylor was an early member.

Topics. This historical marker is listed in these topic lists: Architecture • Churches & Religion • Women. A significant historical year for this entry is 1819. 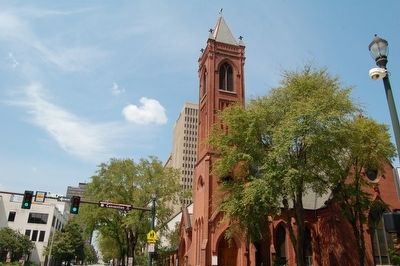