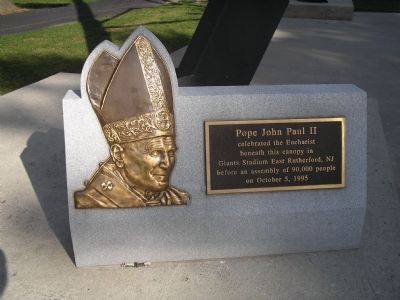 By Bill Coughlin, April 8, 2008
1. Pope John Paul II Marker
Inscription.
Pope John Paul II celebrated the Eucharist beneath this canopy in Giants Stadium East Rutherford, NJ before an assembly of 90,000 people on October 5, 1995. . This historical marker was erected by Archdiocese of Newark. It is in North Arlington in Bergen County New Jersey

Pope John Paul II celebrated the Eucharist beneath this canopy in Giants Stadium East Rutherford, NJ before an assembly of 90,000 people on October 5, 1995.

Erected by Archdiocese of Newark. 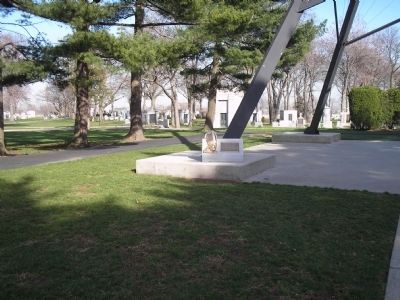 By Bill Coughlin, April 8, 2008
2. Pope John Paul II Monument
The Marker is located in Holy Cross Cemetery in North Arlington. It can be seen from the front entrance of the cemetery.

Click or scan to see
this page online
(approx. half a mile away); Christopher Columbus (approx. 0.6 miles away); The Rutgers Bridge (approx. one mile away). Touch for a list and map of all markers in North Arlington. 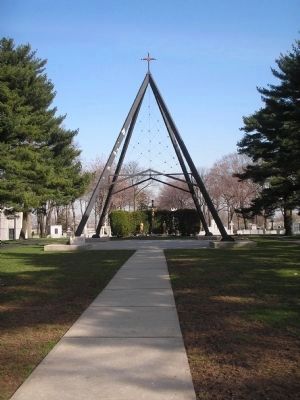 By Bill Coughlin, April 8, 2008
3. Marker in Holy Cross Cemetery
The marker commerates the Pope's 1995 visit to New Jersey, the first visit by a Pope to the Garden State. 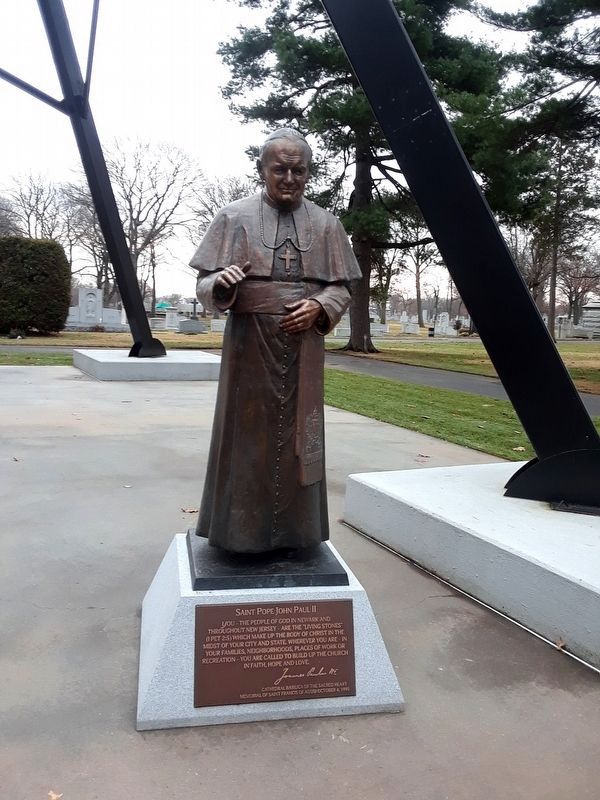 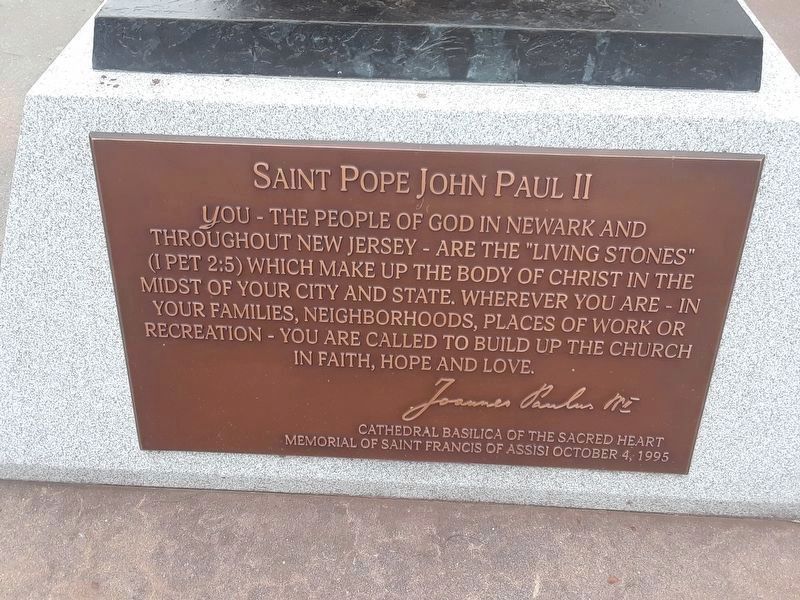 By Bill Coughlin, December 13, 2017
5. Marker on Statue
Saint Pope John Paul II
You – The people of God in Newark and throughout New Jersey – are the “Living Stones” (I Pet 2:5) which make up the Body of Christ in the midst of your city and state. Wherever you are - in your families, neighborhoods, places of work or recreation – you are called to build up the Church in faith, hope and love.
John Paul II
Cathedral Basilica of the Sacred Heart
Memorial of Saint Francis of Assisi October 4, 1995 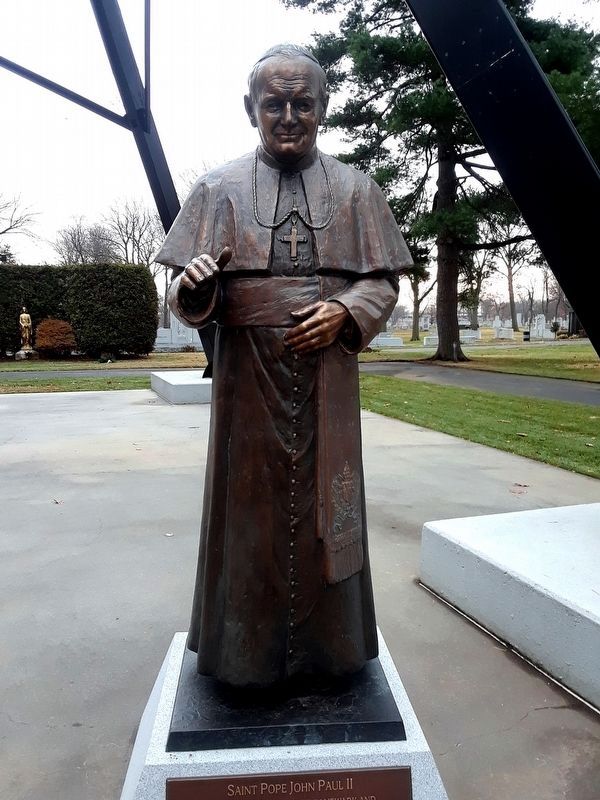