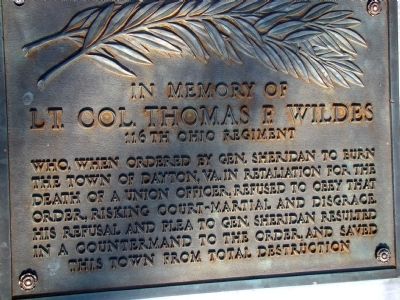 In memory of Lt. Col. Thomas F. Wildes, 116th Ohio Regiment, who, when ordered by Gen. Sheridan to burn the town of Dayton, Va. in retaliation for the death of a Union officer, refused to obey that order, risking court-martial and disgrace. His refusal and plea to Gen. Sheridan resulted in a countermand to the order, and saved this town from total destruction.

Location. 38° 24.957′ N, 78° 56.258′ W. Marker is in Dayton, Virginia, in Rockingham County. Marker is at the intersection of Main Street (Business Virginia Route 42) and Mill Street, on the right when traveling south on Main Street. Touch for map. Marker is in this post office area: Dayton VA 22821, United States of America. Touch for directions.

Other nearby markers. At least 8 other markers are within one mile of this marker, measured as the crow flies. Shenandoah College and Shenandoah Conservatory of Music (about 600 feet away, measured in a direct line); Fort Harrison (approx. 0.2 miles away); Dayton (approx. ¼ mile away); First Church in Rockingham County 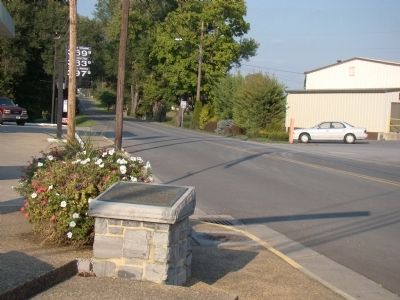 More about this marker. The official program for the dedication of this monument is dated May 12, 1962 and lists the Hon. Lawrence H. Hoover as giving the dedication address. He was introduced by Mayor James O. Metts. The Turner Ashby High School Band played “Dixie” and the “Battle Hymn of the Republic” before the dedication address and the “Star Spangled Banner” afterwards. The Rev. John Ray Hinkle led the prayer. A number of businesses, organizations and individuals are listed as sponsors. Program found at digitalshoebox.com 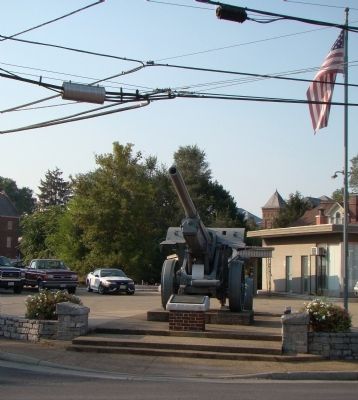 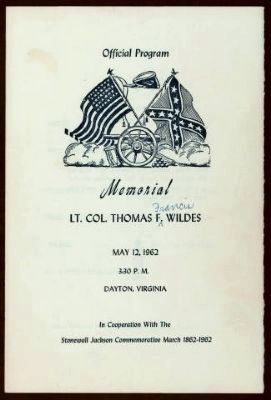