The East Channel of the Grasse River 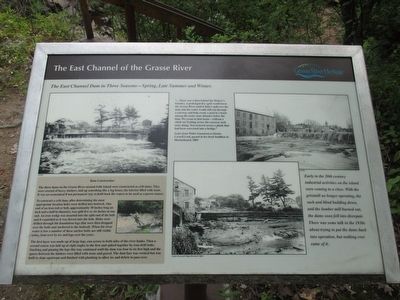 "...There was a dam behind Dishaw's foundry. A prolonged dry spell would lower the Grasse River until it didn't spill over the dam, but the water would still run through a raceway and help create a pool in a basin among the rocks some distance below the dam. We swam in that bason - without a stitch on! Getting across the raceway took some doing. You teetered across a plank that had been converted into a bridge."
Share this page.