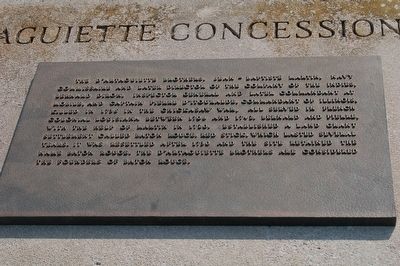 The D'Artaguiette Brothers, Jean-Baptiste Martin, Navy Commissaire and later director of the Company of the Indies, Bernard Diron, Inspector General and later Commandant at Mobile and Captain Pierre D'Itouralde, Commandant of Illinois, killed in 1736 in the Chickasaw War, all served in French Colonial Louisiana between 1708 and 1742. Bernard and Pierre with the help of Martin in 1720, established a land grant settlement called Baton Rouge, Red Stick, which lasted several years. It was resettled after 1730 and the site retained the name Baton Rouge. The D'Artaguiette Brothers are considered the founders of Baton Rouge.

Location. 30° 26.716′ N, 91° 11.45′ W. Marker is in Baton Rouge, Louisiana, in East Baton Rouge Parish. Marker can be reached from South River Road, 0.1 miles north of Government Street (Route 73), on the left when traveling north. On top of Mississippi River levee in the Red Stick Plaza area. Touch for map. Marker is at or near this postal address: 275 S River Rd, Baton Rouge LA 70802, United States of America. Touch for directions. 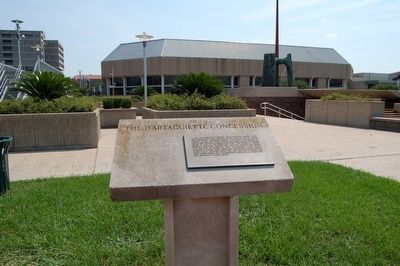