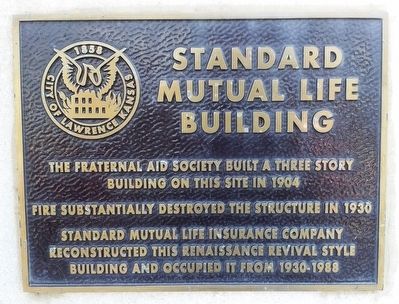 Fire substantially destroyed the structure in 1930

Standard Mutual Life Insurance Company reconstructed this Renaissance Revival style building and occupied it from 1930-1988 . This historical marker was erected by the City of Lawrence. It is in Lawrence in Douglas County Kansas

Fire substantially destroyed the structure in 1930

Topics. This historical marker is listed in these topic lists: Architecture • Charity & Public Work • Industry & Commerce. A significant historical year for this entry is 1904. 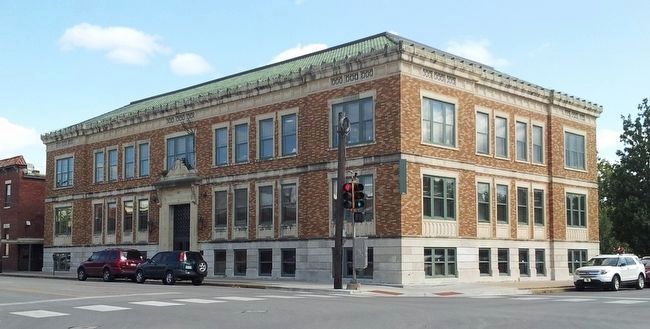