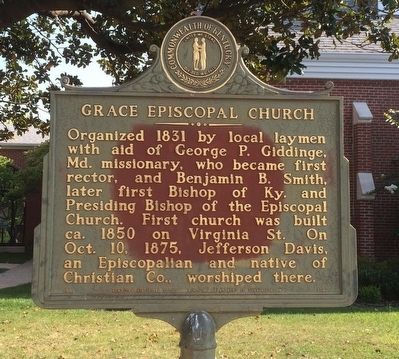 Side 1
Organized in 1831 by local laymen with aid of George P. Giddinge, Md. missionary, who became first rector, and Benjamin B. Smith, later first Bishop of Ky. and Presiding Bishop of the Episcopal Church. First church was built ca. 1850 on Virginia St. On Oct. l0, 1875, Jefferson Davis, an Episcopalian and native of Christian Co., worshiped there.

Topics and series. This historical marker is listed in these topic lists: Churches & Religion • Disasters. 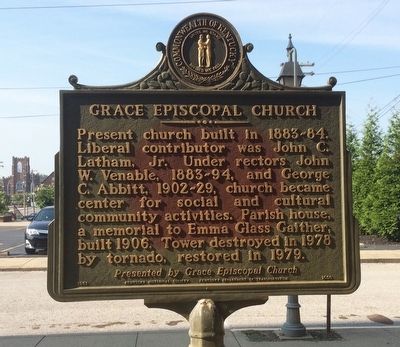 Click or scan to see
this page online
In addition, it is included in the Kentucky Historical Society series list. A significant historical year for this entry is 1831. 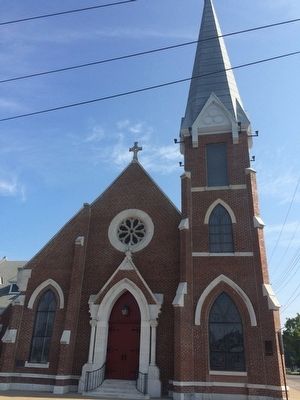 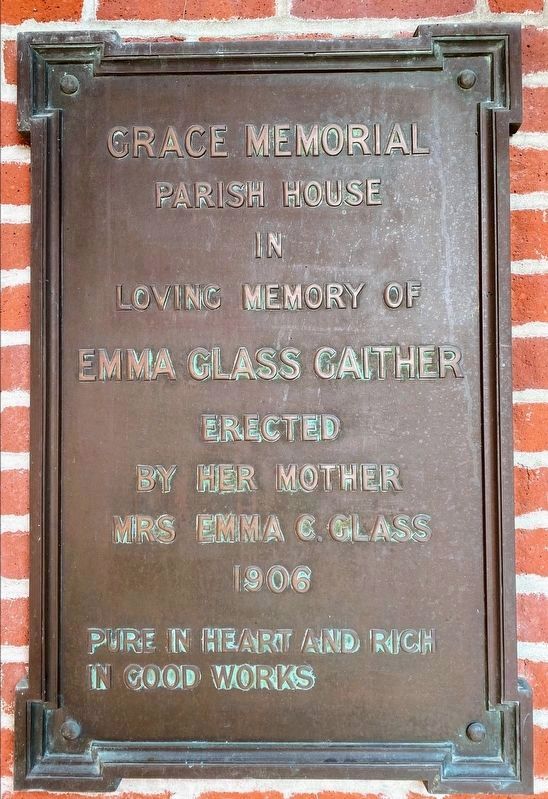 By Shane Oliver, January 12, 2021
4. Memorial to Emma Glass Gaither, as described by the Marker
Memorial plaque is located behind the "Grace Episcopal Church" marker, near a side entrance to the chuch. 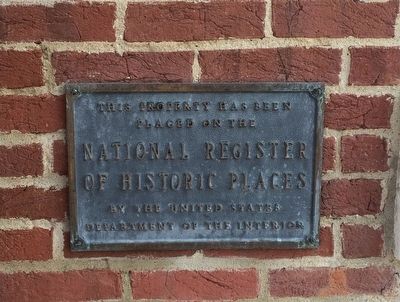 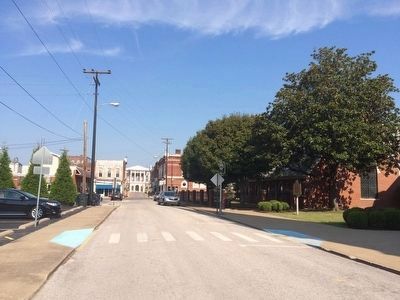