From the People of Weehawken 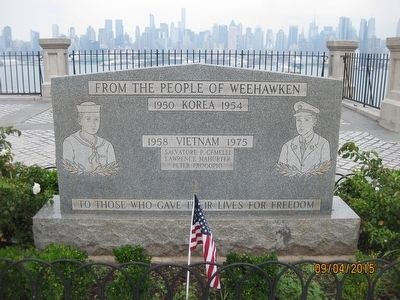 Erected by City of Weehawken.