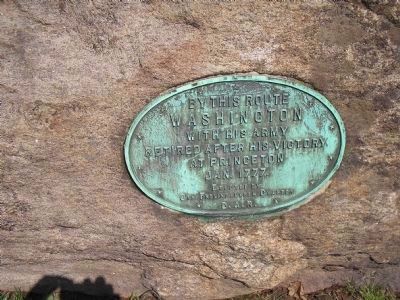 By this route
Washington
with his army
retired after his victory
at Princeton
Jan. 1777.

Topics and series. This historical marker is listed in these topic lists: Military • Notable Events • War, US Revolutionary. In addition, it is included in the Daughters of the American Revolution series list. A significant historical month for this entry is January 1777. 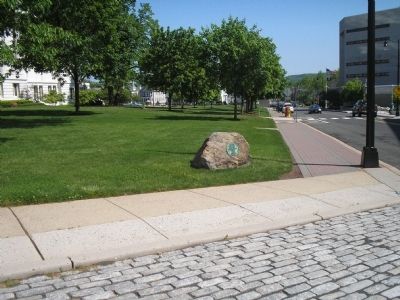 By Bill Coughlin, May 17, 2008
2. Washington’s Route Marker in Somerville
After the American victory over the British on January 3, 1777, Gen. George Washington and the Continental Army passed this point on their way to Morristown for their winter encampment.

Related markers. Click here for a list of markers that are related to this marker.
A list of markers along the route Washington’s Army took from Princeton to Morristown. It's best to study them in the order shown.