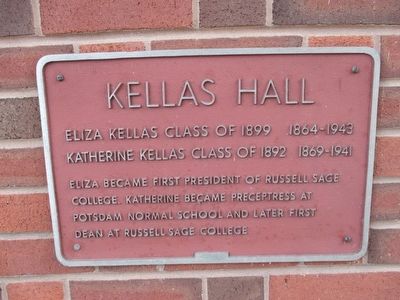 Location. 44° 39.908′ N, 74° 58.49′ W. Marker is in Potsdam, New York, in St. Lawrence County. Marker is on Potsdam Drive 0.1 miles east of Pierrepont Avenue (New York State Route 56), on the right when traveling east. Marker is fixed to the building at the north corner pedestrian entrance to the academic quad of the State University of New York at Potsdam. Potsdam Drive is not labeled on Google. It is off Pierrepont Avenue, opposite of Poplar Street. Touch for map. Marker is in this post office area: Potsdam NY 13676, United States of America. Touch for directions.

Other nearby markers. At least 8 other markers are within walking distance of this marker. Raymond Hall (about 400 feet away, measured in a direct line); Timerman Hall (about 700 feet away); In Honor of the Students and Alumni (approx. 0.2 miles away); Satterlee Hall 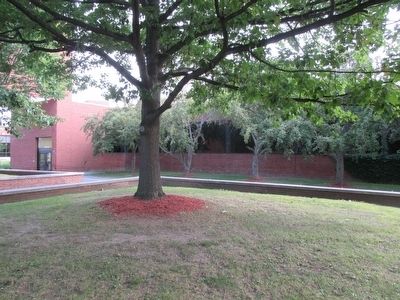