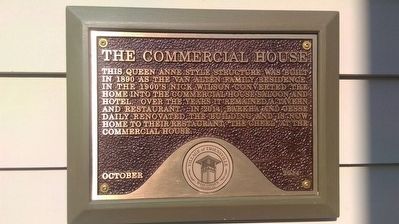 This Queen Anne style structure was built in 1890 as the Van Alten family residence. In the 1900's Nick Wilson converted the home into The Commercial House Saloon and Hotel. Over the Years it remained a tavern and restaurant. In 2014, Barkha and Jesse Daily renovated the building and is now home to their restaurant, "The Cheel" at The Commercial House.

Erected 2014 by Village of Thiensville, Wisconsin. 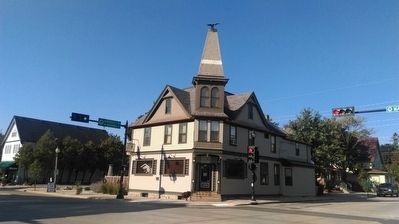 By Devon Polzar, circa 2015
2. The Commercial House