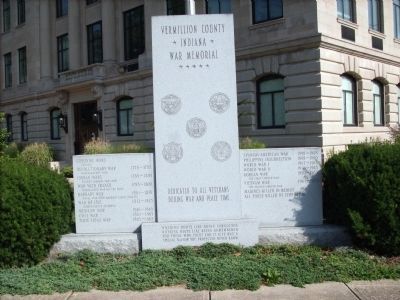 Dedicated to all veterans during war and peace time.

(Lower - Middle: panel):
Nothing hurts like being forgotten. Nothing helps like being remembered. For those who fight for it, life has a special flavor the protected never know. 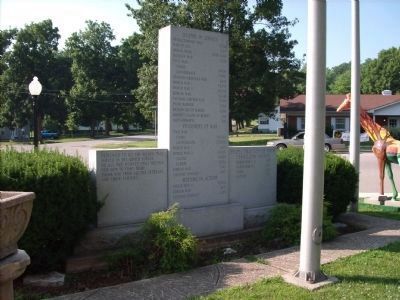 (Back, left side panel):
Dedicated to all the women that served in the Armed Forces.
To all the nurses that helped our men come home.
Thank you from all the veterans and their families.

(The back center panel lists statistics (deaths, prisoners of war, missing in action) for wars from the Revolutionary War throught the Vietnam War. Click on any picture for a closeup view.) 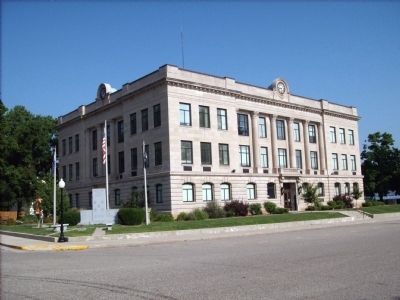 Location. 39° 53.072′ N, 87° 24.537′ W. Marker is in Newport, Indiana, in Vermillion County. Memorial is at the intersection of Market Street and South Main Street, on the left when traveling east on Market Street. Located at the Southeast corner of the Court House grounds. Touch for map. Marker is in this post office area: Newport IN 47966, United States of America. Touch for directions. 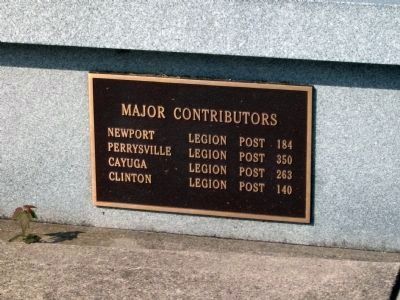 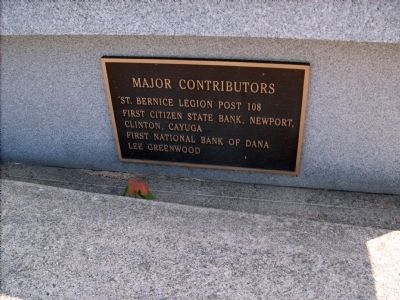 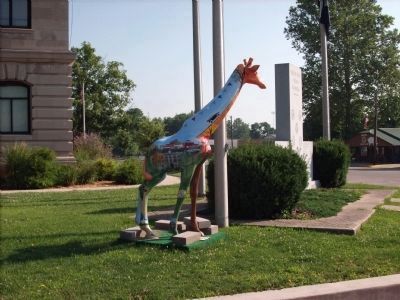