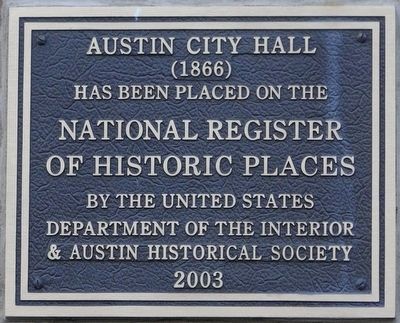 Topics. This historical marker is listed in these topic lists: Architecture • Government & Politics. A significant historical year for this entry is 1866. 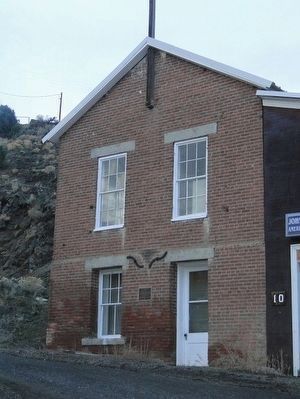 Photographed By Trev Meed, August 29, 2009
2. Austin City Hall and Marker
Marker is visible mounted on the front of the building between the entrance door and window.

Additional commentary.
1. A little history about Lander County
Lander County was formed on December 19, 1862 and was named after General Frederick W. Lander, Civil War hero and prominent builder of a wagon road across Nevada. Situated in the center of the state, the Lander County region attracted prospectors fanning out across the Great Basin after the 1859 discovery of the Comstock Lode. The County originally encompassed the eastern third of the State and was called "The Mother of Counties." It was later divided into the Counties of Lander, Eureka, White Pine, and Elko. The first County seat was located in Jacobsville, six miles west of Austin. In September, 1863, voters mandated its move to Austin and in May, 1979 to Battle Mountain.