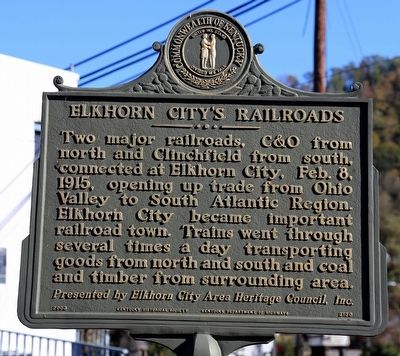 Topics and series. This historical marker is listed in this topic list: Railroads & Streetcars. In addition, it is included in the Kentucky Historical Society series list. A significant historical year for this entry is 1915.

Click or scan to see
this page online
the left when traveling east. It is at the end of the street at the Elkhorn City Railroad Museum. Touch for map. Marker is in this post office area: Elkhorn City KY 41522, United States of America. Touch for directions.

Also see . . .
1. Clinchfield Map and Timetables - From December 1925 Official Guide of the Railways. “Pullman Parlor-Buffet Car Service is operated on Trains Nos. 37 and 38 between Spartanburg, S.C. and Elkhorn City, Ky.”, a 12 hour ride for the 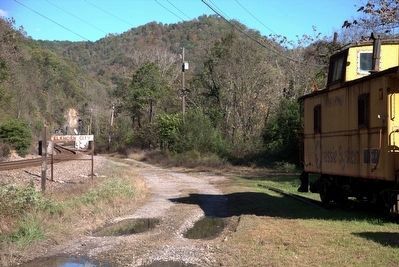 Photographed By J. J. Prats, October 16, 2015
3. Today CSX Owns the Tracks Shown to the Left that Pass the Elkhorn City Railroad Museum
full 277 miles. The other two trains on the Clinchfield main line were Nos. 36 and 39 to and from Erwin TN.

Photographed By J. J. Prats, October 16, 2015
4. Worn C&O Trainboard Mounted on Museum Wall
Permanently marked are trains Nos. 36 and 39, passenger service between Elkhorn City and Ashland Kentucky, the termini of the Chesapeake and Ohio's Big Sandy Division. On the 1925 timetable, there were eight trains a day between those points, but these two trains were the only ones sporting a buffet and parlor car. Train 36 arrived Elkhorn City at 12:50 PM. Train 39 departed at 2:00 PM for the return trip.
. “The Elkhorn City Railroad Museum started in the early 1990's. The museum was a brain child of Edward "Chick" Spradlin. Chick was retired from the CRR/CSX, he had about 40 years service, starting on the Clinchfield Railroad about 1947 as clerk. Chick was then appointed Agent/Yardmaster at Elkhorn City in the mid 1960s. He held that position until the big merger and the closing of Elkhorn Yard in April 1981. He then went to Shelby Yard as Assistant Trainmaster until he retired in the mid 1980s. A year or two after retirement, Chick got the idea of the museum and enlisted 3 or 4 other retirees from the CRR and the C&O (Ed Stone, and A.N. Stafford were his main help) and together they started accumulating all the artifacts. The building the museum is housed in was donated by a former coal operator. Chick passed away in June, 1999.” (Submitted on October 20, 2015.)

3. Wikipedia Entry for Clinchfield Railroad. “The Clinchfield was the last Class I railroad built in the U.S. east of the Rocky Mountains. The 266-mile railroad provided access to numerous scenic wonders of the Appalachian region and 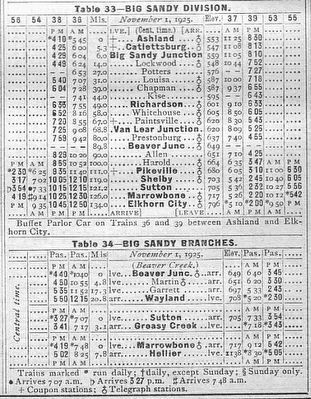 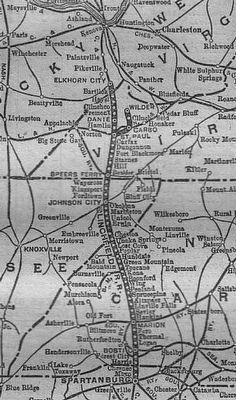