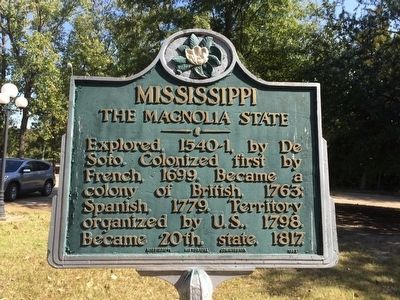 Topics and series. This historical marker is listed in these topic lists: Exploration • Government & Politics • Settlements & Settlers. In addition, it is included in the Mississippi State Historical Marker Program series list. A significant historical year for this entry is 1699.

Location. 33° 23.048′ N, 91° 4.024′ W. Marker is in Greenville, Mississippi, in Washington County. Marker can be reached from the intersection of U.S. 82 and West Reed Road. Marker is located at the Washington County Welcome Center. Entrance is about 500 feet south of the U.S. 82 & Reed Road intersection on U.S. 82. Touch for map. Marker is in this post office area: Greenville MS 38701, United States of America. Touch for directions. 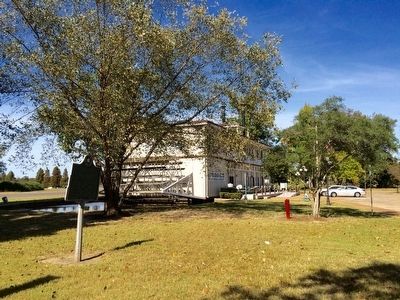 Also see . . .  Wikipedia article on the History of Mississippi. (Submitted on October 21, 2015, by Mark Hilton of Montgomery, Alabama.) 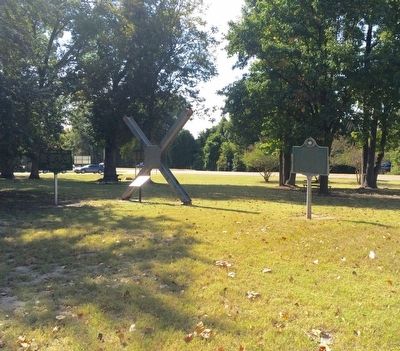