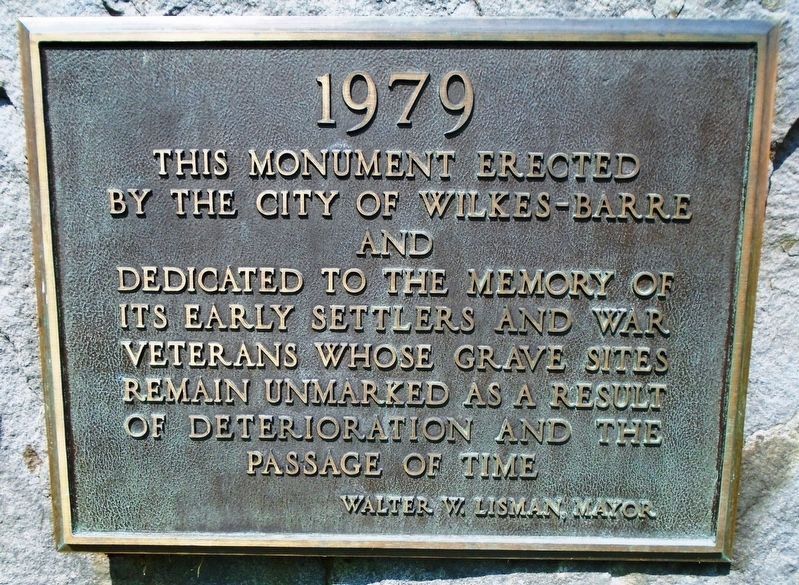 Walter W. Lisman, Mayor. . This memorial was erected in 1979 by City of Wilkes-Barre. It is in Wilkes-Barre in Luzerne County Pennsylvania

This monument erected
by the City of Wilkes-Barre
and
dedicated to the memory of its
early settlers and war veterans
whose grave sites remain unmarked
as a result of deterioration
and the passage of time.

Erected 1979 by City of Wilkes-Barre.

Topics. This memorial is listed in this topic list: Settlements & Settlers.

Other nearby markers. At least 8 other markers are within walking distance of this marker. Connecticut Settlement (a few steps from this marker); Rev. Jacob Johnson, A.M. (about 600 feet away, measured in a direct line); Civil War Memorial (about 600 feet away); First Permanent Settlement in the Wyoming Valley (approx. ¼ mile away); Rev. Joseph Murgas (approx. 0.3 miles away); 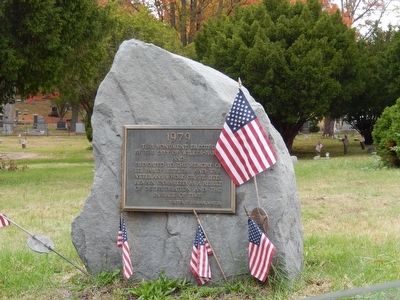 Click or scan to see
this page online
World War Memorial (approx. 0.4 miles away); Luzerne County (approx. half a mile away); Center of Law, Politics and Power (approx. 0.6 miles away). Touch for a list and map of all markers in Wilkes-Barre. 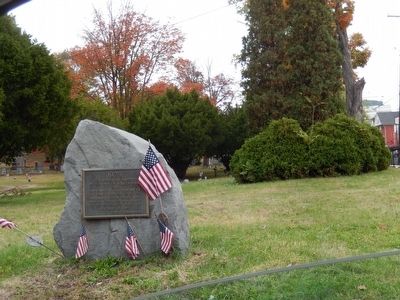