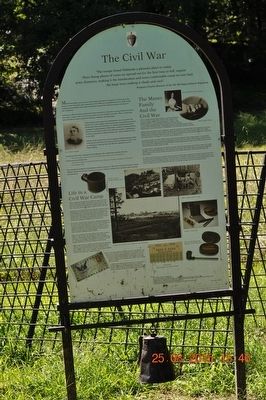 “The troops found Oakland a pleasant place to camp. There being plenty of room to spread out for the first time to full, regular army distances, making it the handsomest and most comfortable camp we ever had, the large trees making it shady and cool.” -Sergeant Charles Bennett of the 9th Michigan Infantry Regiment

Middle Tennessee was an area of vital strategic importance during the Civil War due to the presence of Tennessee and Cumberland rivers. Whoever controlled these rivers could control commercial and military movements throughout much of the South and access to the heart of the Confederacy.

In February 1862, Ford Henry and Fort Donelson both fell to the Union forces, giving Federal forces their first major victories of the Civil War and control of most of Middle Tennessee. These victories also allowed Federal troops to penetrate Kentucky, Alabama, and Mississippi.

In the summer of the same year, Murfreesboro was occupied by the Union army’s 23rd brigade which had the task of guarding the railroad line between there and Nashville. Col. William Duffield headed this contingent of approximately 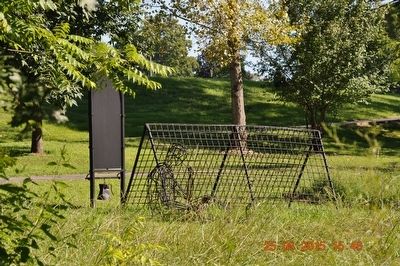 Click or scan to see
this page online
1,000 soldiers. Duffield’s headquarters are believed to have been located in the Oakland mansion. Murfreesboro would be captured by Confederate Brig. Gen. Nathan Bedford Forrest in July 1862.

Initially all the Union forces were encamped at Murfree Spring located at the present day Discovery Center at the end of Maney Avenue. Due to a shortage of water by late June 1862, the regiment moved to Maney Spring.

Excepts from the diary of Sargent Charles Bennett who camped here describe the scene.
“There was a large spring just east of Maney house where water was abundant”
Camp was set up facing west,
“the color line being on a small street from town to Maney’s (Avenue), and about one block east of Lebanon Pike."

The confederate presence in Murfreesboro ended on January 2, 1863, after Union forces under General William S. Rosecrans forced Confederate troops to withdraw further to the southeast after the Battle of Stones River.

Life in a Civil War Camp

Army regulations during the war called for camps to be laid out in a fixed grid pattern, with officers’ quarters at the front end of each street and enlisted men’s quarters aligned to the rear. The camp was set up roughly along the unit’s battle lines. 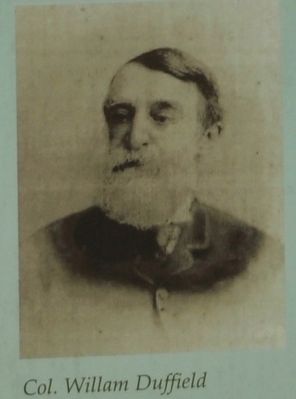 By Sandra Hughes, August 25, 2015
3. Col. William Duffield
trains should be located. Time constraints and uneven terrains often made these regulations impossible. The campgrounds themselves were often grim, especially in the South, where wet weather produced thick mud in the winter and spring, changing to choking dust in the summer.

In summer, troops slept in canvas tents. Although designed to fit a dozen men, they often held 20 or more men, making them cramped and poorly ventilated. As the war continued and supplies dwindled, the tents got smaller, and men eventually slept in the open air or in crude huts made of split logs and with mattresses fashioned of pine needles.

When not in battle, the average soldier’s day began at 5:00 or 6:00 a.m. with reveille, and consisted of drills, shooting, cleaning, road building, latrine digging, and wood gathering for cooking and cleaning. Finding clean water was a constant struggle and the lack of it led to disease in both armies.

At the outset of the war, soldiers on both sides were relatively well fed. The mandated daily ration for a federal soldier in 1871 included at least 20 ounces of fresh or salt beef, more than a pound of flour, and a vegetable, usually beans. Soldiers also received coffee, salt, vinegar and sugar.

When in the field, soldiers mostly ate salt pork, dried beans, corn bread, and a flour and water biscuit know as hardtack. The lack of 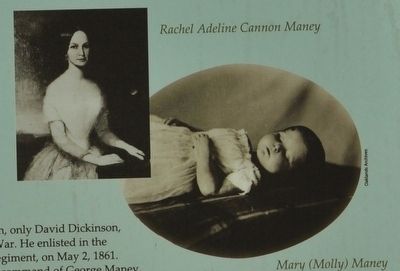 By Sandra Hughes, August 25, 2015
4. Rachel Adeline Cannon Maney & Mary (Molly) Maney
fresh fruit and vegetables often led to outbreaks of scurvy. Provisions rapidly declined as the war dragged on, leading soldiers to attempt to live off the land, usually at the expense of local citizens.

In their limited free time, the troops read, wrote letters, and played games including baseball, cards, boxing matches and cockfights. Gambling and drinking were also rampant, despite the efforts of commanders to control it.

The Maney Family And the Civil War

Of Dr. and Sally Murfree eight children, only David Dickinson, or “D.D.,” fought in the Civil War. He enlisted in the “Rutherford Rifles,” First Tennessee Regiment, on May 2, 1861. D.D.’s, company was placed under the commander of George Maney, a cousin of the Oaklands Maney. George Maney became a prominent political figure following the war, and served as U.S. ambassador to several South American countries.

Jefferson Davis, president of the Confederacy, stayed at Oaklands in December 1862 while inspecting area troops. Family stories indicated Dr. Maney talked with Davis about the surrender of Union troops to Brig. Gen. Nathan Bedford Forrest at Oaklands the previous July 13. Davis occupied the room above the library during his visit. With him was his aid Col. George W. C. Lee, son of Gen. Robert E. Lee. 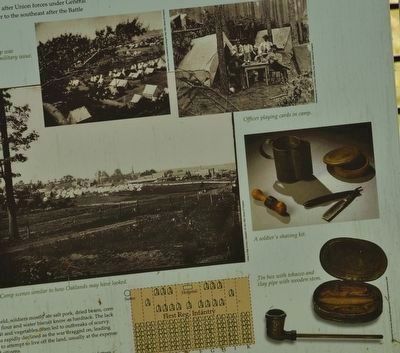 By Sandra Hughes, August 25, 2015
5. Camp scenes similar to how Oaklands may have looked
“Molly” Maney was very ill at Oaklands when a rogue group of Union soldiers arrived during the Union occupation and demanded to search the house. Rachel Canon Maney held them at bay with a pistol, until a detachment of the 9th Michigan Infantry Regiment drove them away. Molly never recovered from her illness and died on May 28, 1863.

In a related story, a few day prior to Rachel’s encounter with the Union soldiers, Sally “Fanny” Maney, her oldest daughter, was found sobbing by one of the oak trees on the estate. When asked what was wrong, she replied that she had danced with a Union soldier and came home to find Molly seriously ill. Sally blamed herself for her sister’s illness.

Dr. Maney’s land was heavily wooded with many types of native timber, making it an attractive source of wood for the Union army for building fortification and other uses. An estimated 14,000 cords of wood valued at $1 per cord was removed from the Oaklands estate, as were the cedar fences that surrounded the property. Both losses were the focus of a failed war claim Dr. maney filed after the war seeking damages from the federal government.

Topics. This memorial is listed in this topic list: War, US Civil. A significant historical date for this entry is January 2, 1863.