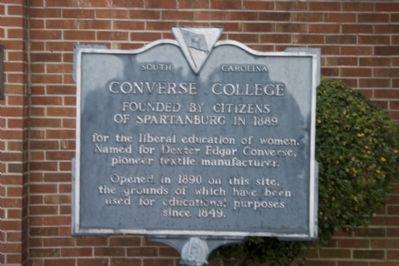 Photographed By R. E. Smith, November 16, 2007
1. Converse College Marker
Inscription.
Converse College. .
Founded by citizens of Spartanburg in 1889 for the liberal education of women. Named for Dexter Edgar Converse, pioneer textile manufacturer. , Opened in 1890 on this site, the grounds of which have been used for educational purposes since 1849.. . This historical marker is in Spartanburg in Spartanburg County South Carolina

Founded by citizens of
Spartanburg in 1889
for the liberal education of women.
Named for Dexter Edgar Converse,
pioneer textile manufacturer.

Topics. This historical marker is listed in these topic lists: Education • Landmarks. A significant historical year for this entry is 1889. 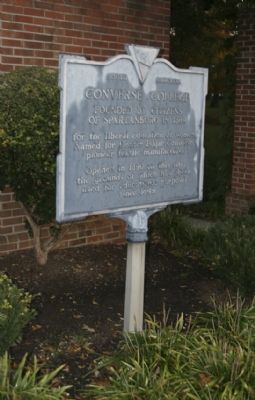 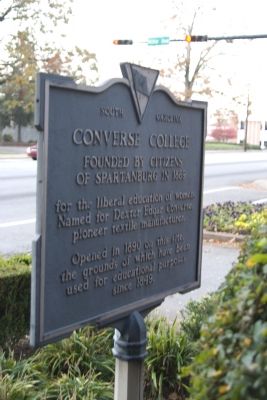 3. Converse College Historic District. In 1889, citizens concerned with the lack of educational opportunity for young women in the Spartanburg community spearheaded a movement that led to the establishment of Converse College. (Submitted on March 2, 2009, by Brian Scott of Anderson, South Carolina.)

Additional commentary.
1. Converse College Historic District
Converse College was chartered in 1889 and incorporated in 1896. During its first session it had only one building. In September 1891, an additional structure, a 4-story brick building, known as the Annex was completed. It was located near Main Building and connected to it be a covered passageway on the first, second, and third floors. In January 1892 the Main building was destroyed by fire; however, the Annex was saved. The cornerstone of the present Main building was laid April 21, 1892 on the site of the burned structure. The exterior of Main Building, renamed Wilson Hall in 1929 in honor of the first president of Converse, B.F. Wilson, is similar in design to that of the original Main Building. During Converse's formative years Main Building served as a center 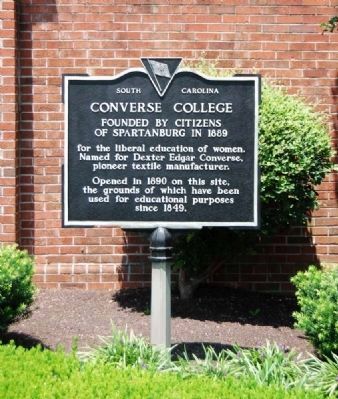 Photographed By Brian Scott, August 2, 2008
4. Converse College Marker
for the school's activities as well as providing dining facilities, faculty and student living quarters, classrooms, and administrative offices. The Annex, which served as classroom, dormitory, and dining area until the erection of Main Building, is today a dormitory. In 1941 it was named Pell Hall in honor of Converse President Robert P. Pell.

Over the years Converse's enrollment has increase, and the facilities of the school have expanded to meet the growing needs of the campus. Today Converse consists of some 27 structures and has an enrollment of approximately 750 students. The historic district is comprised of six buildings on the Converse front campus, the Towne House behind Pell Hall, and the alumni house (Cleveland House) located across the street from the college. 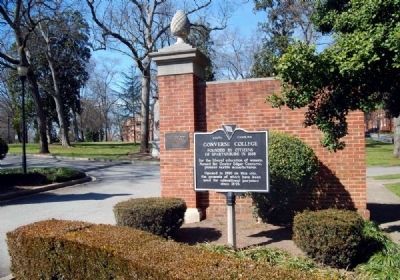 Significance
In March 1889, a group of citizens met in Spartanburg ti discuss the formation of a "female school." Concerned with the lack of 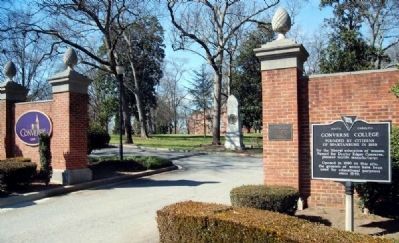 Photographed By Brian Scott, February 14, 2011
6. Converse College Marker -
Founder's Monument in Rear Center
Metal Plaque on Right Column Reads
Honoring
Mary Burgin Presnell Montgomery
In recognition of her munificence
of spirit which has enriched and
strengthened her community, her church,
and Converse College, this gateway and
front campus gardens are named.
The Board of Trustees
May 29, 1967
educational opportunity for your women in the Spartanburg community, these citizens spearheaded a movement which led to the establishment of Converse College. Included among these interested citizens was Dexter E. Converse, an influential leader of the textile industry in South Carolina and the benefactor for which the college was named. Also attending was Reverend Benjamin Franklin Wilson, Converse's first president. Designed to provide a liberal arts education for young women, Converse was founded during the years in which the importance of education for women was being supported in the South through the founding of such institutions as Agnes Scott (1889), Sweet Briar (1901), and Randolph-Macon (1891). Today Converse, with an enrollment of approximately 750 students, is a liberal arts college with a professional School of Music.

Although located in an urban area and with a modern campus complex, the Converse College Historic District preserves the character of the original campus. The district contains the oldest structure built on the campus, Pell Annex, as well as other buildings which reflect the school's early history. Main Hall, a focal point of the college both in its formative years as well as today, still remains. Main Hall is an example of Richardson Romanesque architecture, a style not generally seen in South Carolina. Judd Science Hall represents Gothic revival 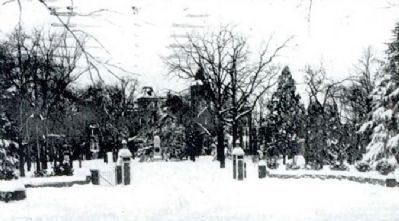 Spartanburg, South Carolina by Jeffrey R. Willis, circa 1940
7. Converse College Marker
Pell Gates were west of where the entrance is today. In the late 1950s, the main gate was aligned with Mills Avenue and an entrance circle was created.
influence while Carnegie reflects a classic design. Dates of construction on buildings within the district range from 1891 to 1915. All but one are of brick. Situated in a carefully landscaped area, the district possesses compatibility of scale and material. (Source: National Register Nomination Form.)
— Submitted February 20, 2011, by Brian Scott of Anderson, South Carolina.
2. Dexter Edgar Converse
Dexter Edgar Converse was born in Vermont, in 1828. He is the son of Orlin Converse, also a native of Vermont, and a grandson of Paine Converse, a farmer of Massachusetts and direct descendant of Edward Converse, who came from England to America with Governor Winthrop in 1620. His mother was Louisa Twichell, a native of Massachusetts and daughter of Peter Twichell. She died in 1888. When D. Edgar Converse was but three years old he was deprived by death of a father's care and was reared and educated chiefly in Canada at the home of an uncle, where he remained until he had reached the age of twenty-one. This uncle was, like his father, a woolen manufacturer, and it was from him that the young man received his first lessons in this business, in which he was destined to accomplish such wonderful success. In 1850, after reaching maturity, he went to Cohoes, N.Y., and being employed 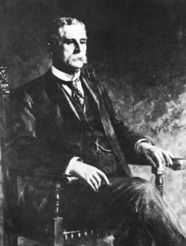 Photographed By Converse College
8. Dexter Edgar Converse
1829-1899
there in a cotton mill for five years he obtained a good knowledge of that business in all its branches. In 1855 he came South and after a brief connection with a cotton mill at Lincolnton, N.C., he removed to Spartanburg county, S.C., and found employment in a mill at Bivinsville, now known as Glendale. In a short time he acquired a proprietary interest and from that time has been one of the owners of the mill, holding now a controlling interest in the stock. At the beginning of the war he enlisted as a private in Company I of the Thirteenth South Carolina regiment, of which O.E. Edwards was colonel. His captain was D.R. Duncan. There was, however, such need of accomplished manufacturers that the Confederate government detailed him to return home and carry on the cotton manufacturing business, requiring of his company one-third of the product of their mill. He had shown his readiness to fight for the rights of the people among whom he lived, and they, as well as the government, preferred to use his services in another line. As soon as the war closed, Mr. Converse, with characteristic business foresight, urged upon his partners the importance of enlarging their mill. His partners, with good faith in his ability, heeded his advice and a fine new establishment was built, which business grew steadily as the ravages of war disappeared. He has been president of Glendale mills since. 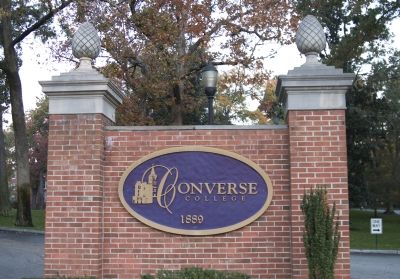 Photographed By R. E. Smith, November 16, 2007
9. Main Entrance to Converse College.
To Mr. Converse is due much of the credit for the wonderful progress that cotton manufacturing has made in the South. Others noted the prosperity of the Glendale mill, with the result that other mills sprang up in the vicinity, and Spartanburg county in now the greatest center of the cotton manufacturing industry of the South. In 1880, in connection with business associates, Mr. Converse purchased the water privilege and site of the old South Carolina iron works on Pacolet river, Spartanburg county, and here a new mill was built and the place called Clifton. There are now three mills there, aggregating 85,000 spindles, and a population of 6,000 people, all of whom are dependent upon this industry. Of the Clifton manufacturing company Mr. Converse has been president and business manager ever since its organization. He is a director in various other mills and in various banks. He is a trustee for the South Carolina institute for the deaf, dumb and blind. He is also the founder of Converse college for young women at Spartanburg. In buildings, grounds and educational advantages it ranks among the foremost institutions of our country. Mr. Converse's wife was Miss Helen A. Twitchell, of Cohoes, N.Y., and they have one daughter. Their home is one of the most attractive in the beautiful city of Spartanburg. (Source: Confederate Military History, Vol. V by Ellison Capers, 512-513.)

Converse College by Jeffrey R. Willis, circa 1889
10. Converse College -
Original Buildings
In 1889, the trustees of the new college purchased the St. John College property from the Episcopal Diocese. The site had been the location of several attempts to establish an Episcopal school, first for boys and later a theological seminary. On the property was a chapel and two completed wings of a proposed main building. The college trustees completed Main Hall and erected an annex (shown on the left), which was later renamed Pell Hall.
— Submitted April 28, 2011, by Brian Scott of Anderson, South Carolina.
3. The First President
In 1890, the Board of Directors called upon the minister of the First Presbyterian Church, Benjamin Franklin Wilson, to accept the role as the college's first president. Wilson was described as having a missionary zeal to serve humanity. This translated into a deep interest in each individual student at the new college. During the 12 years (1890-1902) that he served Converse, he set the pattern for later leadership with an emphasis on growth and high standards. A bond developed between Wilson and Edgar Converse that verged on a father-son relationship. Mr. Converse provided valuable support for the young president. Early in 1902, Wilson left Converse to pursue further study in Europe and at Harvard University. In 1905, he became minister of the First Presbyterian Church in Harrisonburg, Virginia, where he remained for 27 years. In 1929, Main Hall was renamed Wilson Hall. (Source: Converse College by Jeffrey Willis (2001), p 11.)
— Submitted April 28, 2011, by Brian Scott of Anderson, South Carolina. 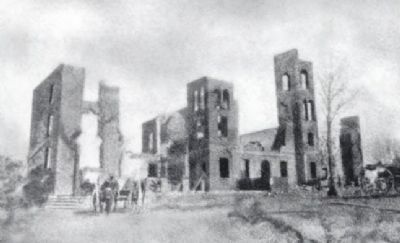 Converse College by Jeffrey R. Willis, January 2, 1892
11. Great Fire of 1892
On January 2, 1892, shortly after 11:00 p.m., a fire began in the heating plant of Main Hall. Many of the students, who had just returned from the holiday, filled pitchers of water and tried in vain to contain the fire. 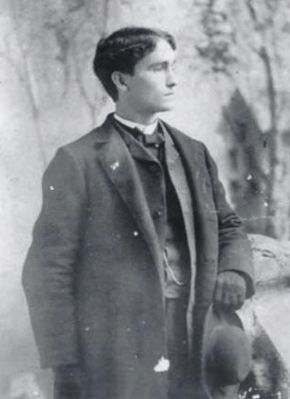 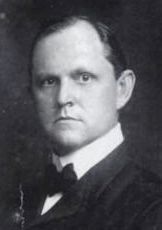 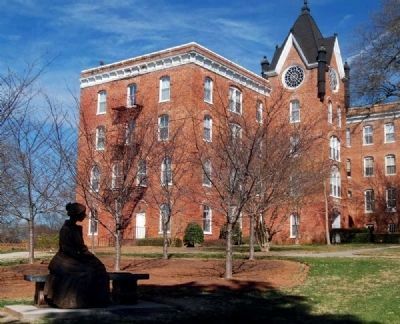 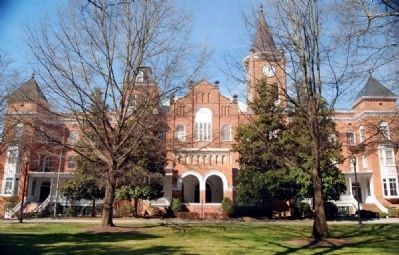 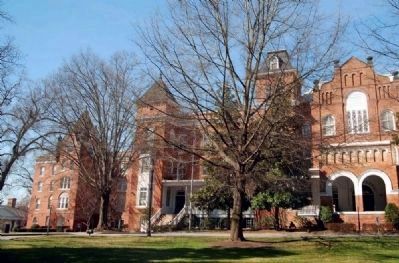 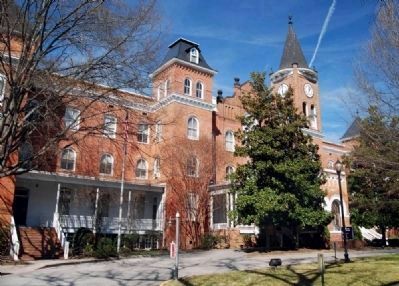 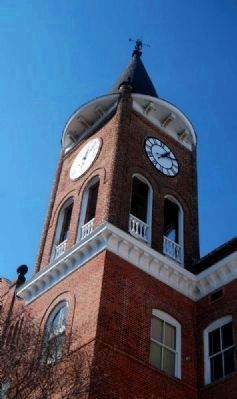 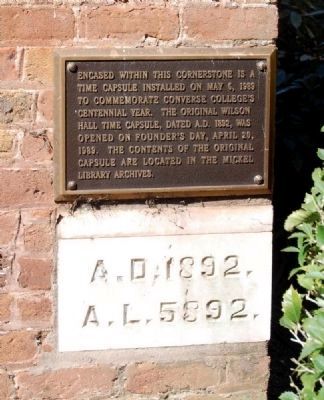 Photographed By Brian Scott, February 14, 2011
19. Wilson Hall (Main Hall) -
Cornerstone
Encased within this cornerstone is a time capsule installed on May 6, 1989 to commemorate Converse College's Centennial Year. The original Wilson Hall Time Capsule, dated A.D. 1892, was opened on Founder's Day, April 20, 1989. The contents of the original capsule are located in the Mickel Library Archives.
A.D. 1892
A.L. 5892 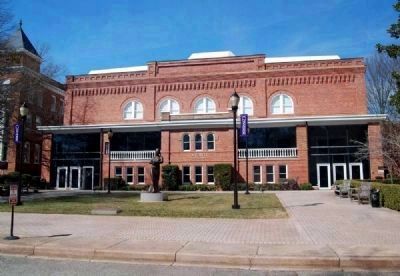 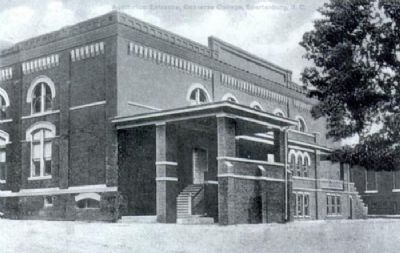 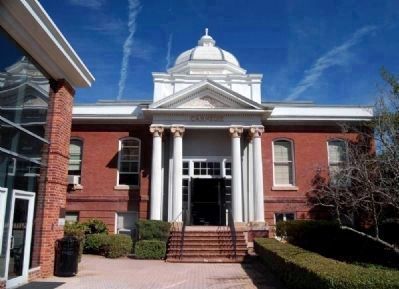 Photographed By Brian Scott, February 14, 2011
22. Carnegie Library -
1905
The first collection of books was established by the student literary societies and the first library building was constructed on front campus in 1905 with funds donated by Andrew Carnegie. 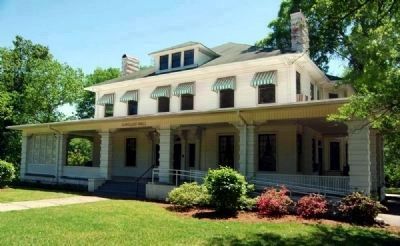 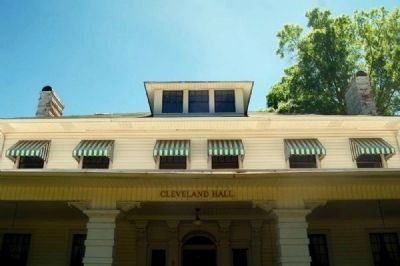 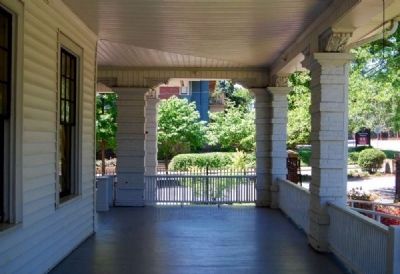