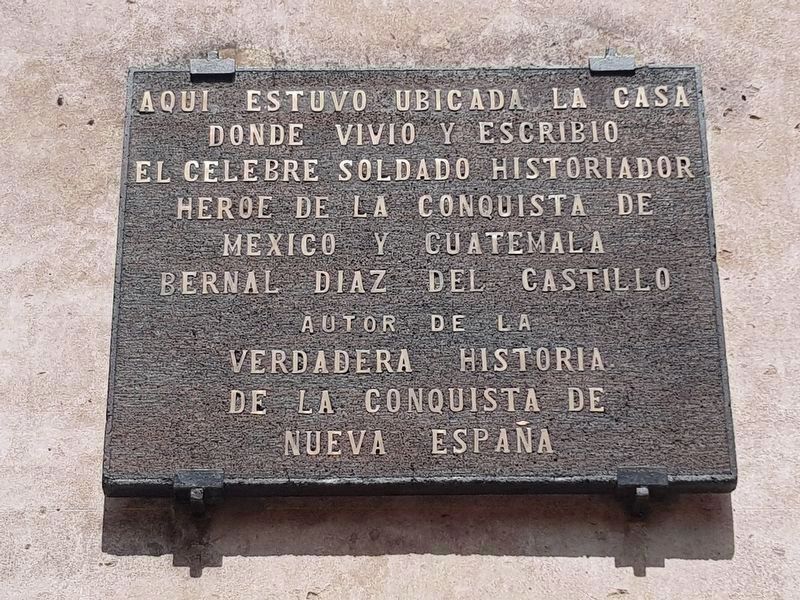 Photographed By J. Makali Bruton, December 19, 2018
1. House of Bernal Díaz del Castillo Marker
The marker was recently restored. This marker and others like it were put up in Antigua and elsewhere to mark the 400th anniversary of the first Spanish city in Guatemala in 1524.
Inscription.
English translation:
Here was located the house of Bernal Diaz de Castillo, the famous soldier-historian and hero of the conquest of Mexico and Guatemala. He wrote the True History of the Conquest of New Spain.. . This historical marker is in Antigua Guatemala Sacatepéquez Guatemala