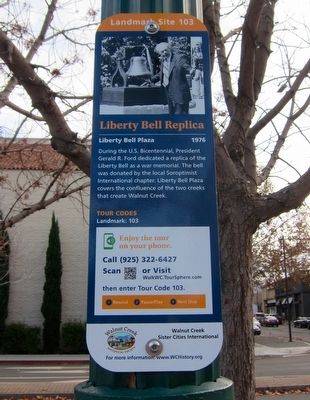 During the U.S. Bicentennial, President Gerald R. Ford dedicated a replica of the Liberty Bell as a war memorial. The bell was donated by the local Soroptimist International chapter. Liberty Bell Plaza covers the confluence of the two creeks that create Walnut Creek.

Topics and series. This memorial is listed in this topic list: Notable Events. In addition, it is included in the California - Walnut Creek Heritage Walk, the Historic Bells, and the Liberty Bell Replica series lists. A significant historical date for this entry is May 25, 1976. 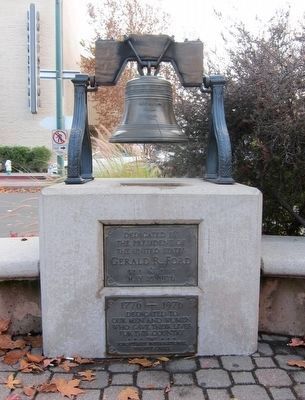 Photographed By Andrew Ruppenstein, December 13, 2015
2. Liberty Bell Replica
The upper plaque is a dedication plaque that reads, "Dedicated by the President of the United States · Gerald R. Ford · May 25, 1976"

The lower plaque is a memorial plaque that reads, "1776 - 1976 · Dedicated to Our Men and Women Who Gave Their Lives for This Country · Soroptimist International Walnut Creek" 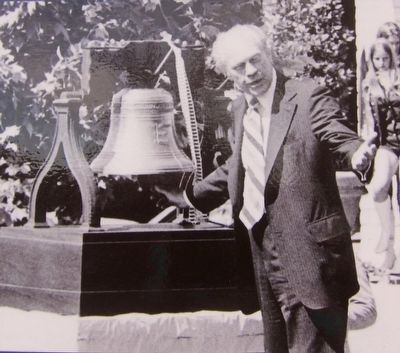 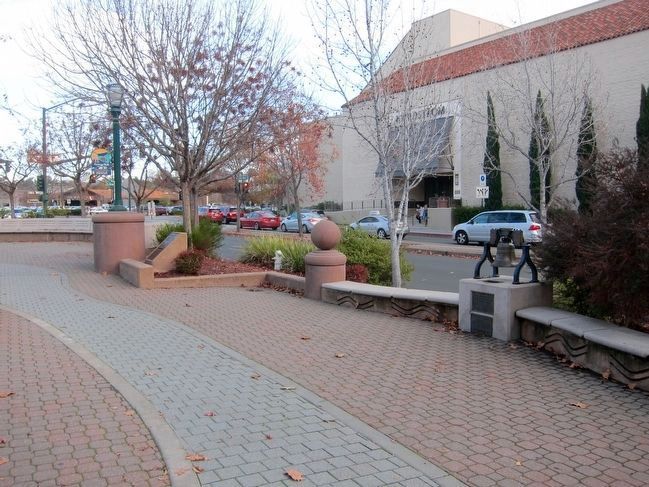