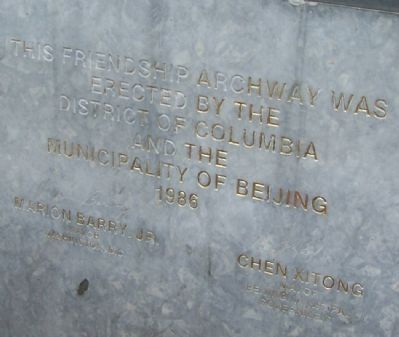 Photographed By Richard E. Miller, July 14, 2008
1. Friendship Archway Marker
Inscription on the base of the south pillar. The version on north pillar is in Chinese.
Inscription.
Friendship Archway. . , This friendship archway was erected by the District of Columbia and the Municipality of Beijing, 1986., Marion Barry, Jr. , Mayor of Washington, D.C., Chen Xitong , Mayor, Beijing Municipal Government . This historical marker was erected in 1986. It is in Chinatown in Washington District of Columbia

This friendship archway was erected by the District of Columbia and the Municipality of Beijing, 1986.

Topics. This historical marker is listed in these topic lists: Architecture • Arts, Letters, Music • Peace. A significant historical year for this entry is 1986. 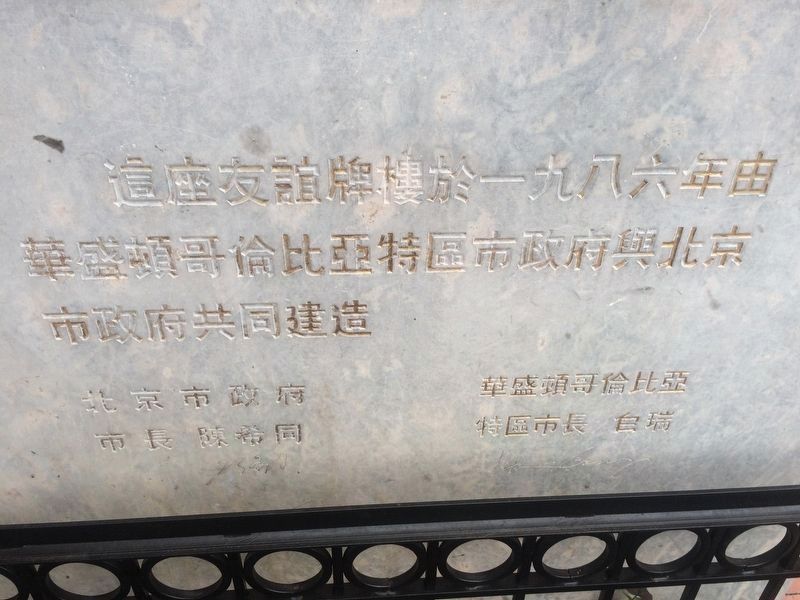 Photographed By J. Makali Bruton, September 24, 2016
2. Friendship Archway Marker Mandarin text
This text is on the northern-most column of the archway, facing the west.

Click or scan to see
this page online
(about 400 feet away); Lin Han, noodle master (about 500 feet away); Man with Briefcase (about 600 feet away); Vaquero (about 700 feet away). Touch for a list and map of all markers in Chinatown.

More about this marker. Designed by architect Alfred H. Liu, this is said to be the largest such Chinese-style archway or gate structure in the world. 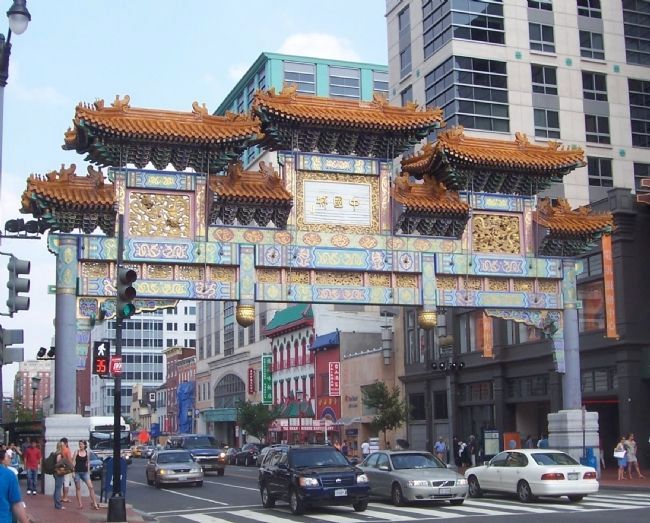