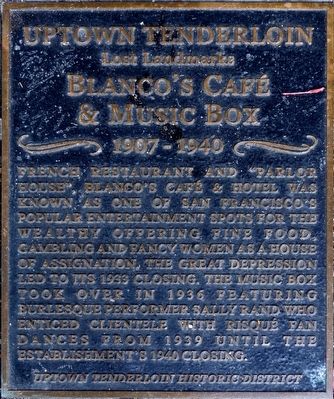 French restaurant and “Parlor House”, Blanco's Cafe & Hotel was known as one of San Francisco's popular entertainment spots for the wealthy offering fine food, gambling and fancy women as a house of assignation. The great depression led to its 1933 closing. The Music Box took over in 1936 featuring burlesque performer Sally Rand who enticed clientele with risqué fan dances from 1939 until the establishment's 1940 closing.

Topics. This historical marker is listed in these topic lists: Arts, Letters, Music • Entertainment • Industry & Commerce. A significant historical year for this entry is 1933. 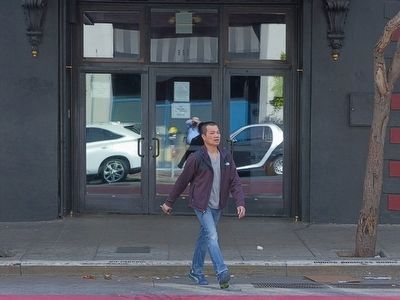 2. Lost Landmarks. This marker is one of 9 Lost Landmark sidewalk plaques authorized by the Board of Supervisors on September 6, 2011. “These ‘Lost Landmark’ sites will greatly illuminate the forgotten history of these San Francisco sites of historic significance; now, therefore be it” (Submitted on December 17, 2015, by Allen C. Browne of Silver Spring, Maryland.) 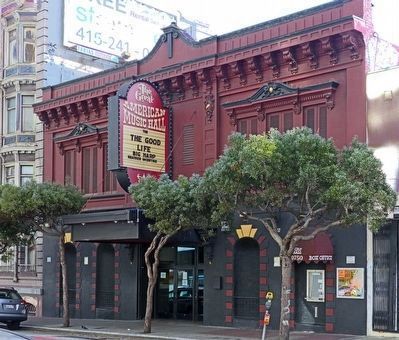