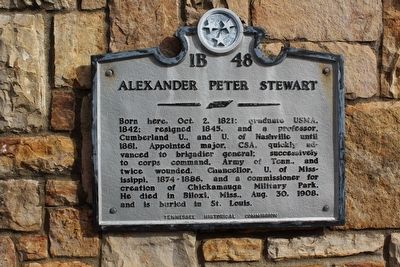 Photographed By Tom Bosse, December 26, 2015
1. Alexander Peter Stewart Marker
Inscription.
Alexander Peter Stewart. . , Born here, Oct. 2, 1821: graduate USMA, 1842; resigned 1845, and a professor Cumberland U., and U. of Nashville until 1861. Appointed major, CSA, quickly advanced to brigadier general; Successively to corps command, Army of Tenn., and twice wounded. Chancellor, U. of Mississippi, 1874-1886, and a commissioner for creation of Chickamauga Military Park. He died in Biloxi, Miss., Aug. 30, 1908, and is buried in St. Louis. . This historical marker was erected by Tennessee Historical Commission. It is in Rogersville in Hawkins County Tennessee

Topics and series. This historical marker is listed in this topic list: War, US Civil. In addition, it is included in the Tennessee Historical Commission series list. A significant historical date for this entry is October 2, 1821.

Location. 36° 24.457′ N, 83° 0.338′ W. Marker is in Rogersville, Tennessee, in Hawkins County. Marker is on North Church Street north of East Main Street, on the right when traveling north. Touch for map. Marker is in this post office area: Rogersville TN 37857, United States of America. Touch for directions.

Other nearby markers. At least 8 other markers are within walking distance of this marker. Hawkins County, Tennessee (about 300 feet away, measured in a direct line); Rogersville Town Well 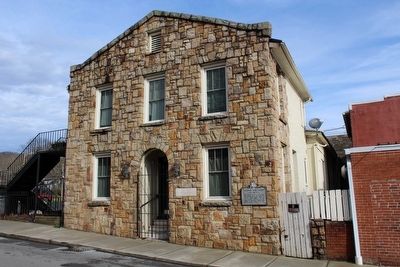 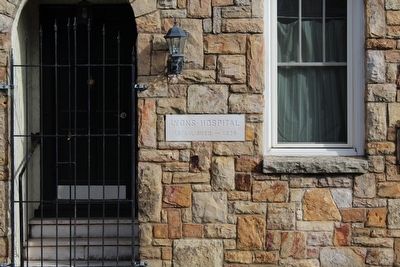