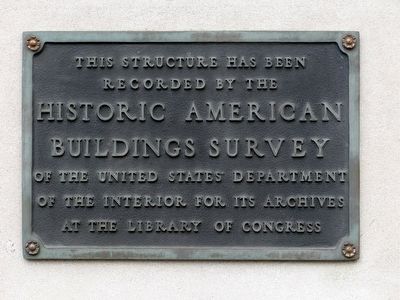 By Allen C. Browne, December 31, 2015
1. The Washington Hotel Marker
Inscription.
The Hotel Washington. .
This structure has been recorded by the Historic American Buildings Survey of the United States Department of Interior for its archives at the Library of Congress.. . This historical marker is in Penn Quarter in Washington District of Columbia

This structure has been
recorded by the
Historic American
Buildings Survey
of the United States Department
of Interior for its archives
at the Library of Congress. 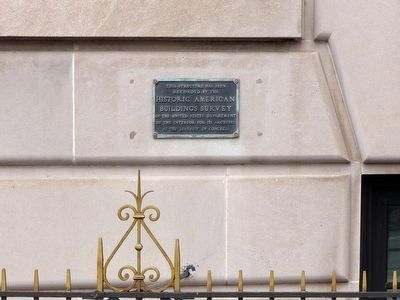 2. A Many-Storied Inn. by DeNeen L. Brown, The Washington Post, Dec. 31 2007. This article recounts how Elvis Presley had a well-publicized affair with “Raven Haired” Joyce Bova, and later secretly met with Richard Nixon here in the Washington Hotel in 1970. The film “The Godfather: Part II ” was filmed on the hotel's famous roof-top. (Submitted on January 2, 2016, by Allen C. Browne of Silver Spring, Maryland.) 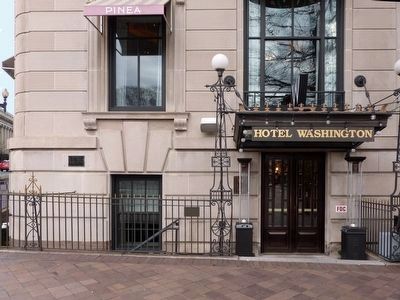 By Allen C. Browne, December 31, 2015
3. The Hotel Washington Marker
W. McCormack, and Speaker of the House of Representatives during the Lyndon Johnson Administration, maintained an apartment throughout his 46 years of Congressional service; and Supreme Court Justice Frank Murphy resided there during his appointment on the bench (1940-1949) . Each year he hosted a presidential birthday dinner at the hotel. In addition, the hotel housed as many as fifty members of the House of Representatives and five Senators in one congressional season.

With its proximity to the financial district, the hotel attracted businessmen. The brokerage firm of J. S. Bache and Company maintained an office on the first floor for many years, it was replaced by the Two Continents Restaurant. The International Monetary Fund Board of Directors held its first meeting at the Washington on May 8, 1946.

The presence of so many lawmakers and businessmen did not guarantee tranquility at the hotel. The hotel archives contain the reminiscences of Depression-era employees who had to deal with an irascible gun-toting Senator from South Carolina who was intent on shooting a night manager when room service was refused to him at 2:00 a.m. Moreover, Shriners celebrated the end of Prohibition by riding horses into the lobby and the 29th Division of the United States Army attempted to drive a jeep into the hotel for its 1949 reunion.

Entertainers appearing at nearby 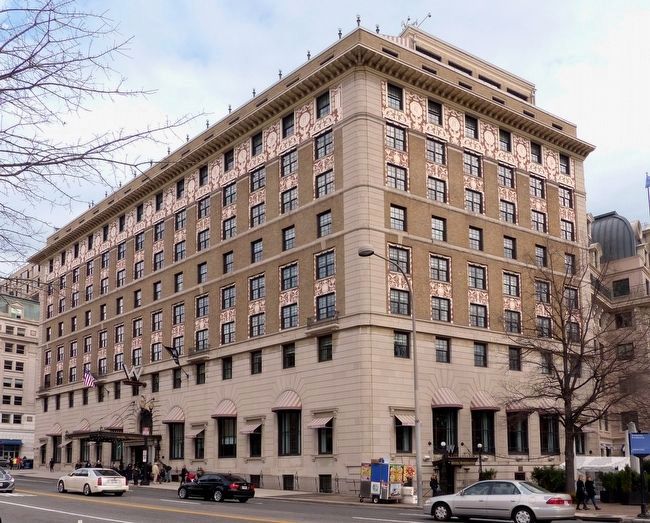 By Allen C. Browne, December 31, 2015
4. The W Hotel / Hotel Washington
The Washington Hotel designed by Carrere and Hastings and built in 1917 after the lot was used as a viewing stand for Woodrow Wilson's Inaugural Parade. The Hotel opened to guests in April of 1918 but was not completely finished until 1920.
theaters also found the Hotel Washington a convenient place to live. A fifty-year employee of the hotel recalled that the entire cast of the Ziegfeld Follies once stayed there and rehearsed on the rooftop. The hotel's guest register has been studded with celebrity names: Will Rogers, John Wayne, Jimmy and Tommy Dorsey, George Burns, and Gracie Allen.” — NRHP
— Submitted January 2, 2016, by Allen C. Browne of Silver Spring, Maryland. 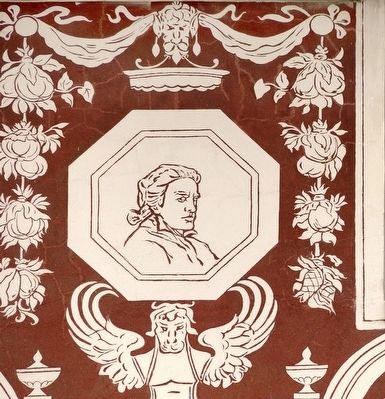