Grows into the longest road in the U.S., The National Park-to-Park Highway 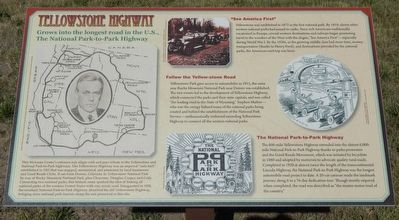 "See America First"
Yellowstone was established in 1872 as the first national park. By 1919, eleven other western national parks had joined its ranks. Since rich Americans traditionally vacationed in Europe, several western destinations and railways began promoting travel to the wonders of the West with the slogan, "See America First" -- especially during World War I. By the 1920s, as the 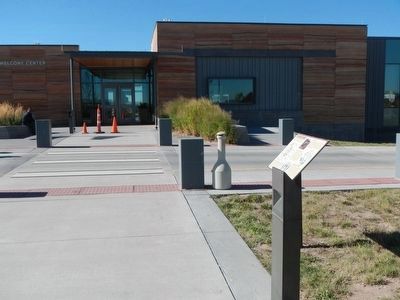 Click or scan to see
this page online
growing middle class had more time, money, transportation (thanks to Henry Ford), and destinations provided by the national parks, the American road trip was born.

Follow the Yellow-stone Road
Yellowstone Park gave access to automobiles in 1915, the same year Rocky Mountain National Park near Denver was established. The two events lead to the development of Yellowstone Highway, which connected the parks and their state capitals, and was called "the leading road in the State of Wyoming." Stephen Mather -- who was the energy behind many of the national parks being created and behind the establishment of the National Park Service -- enthusiastically endorsed extending Yellowstone Highway to connect all the western national parks.