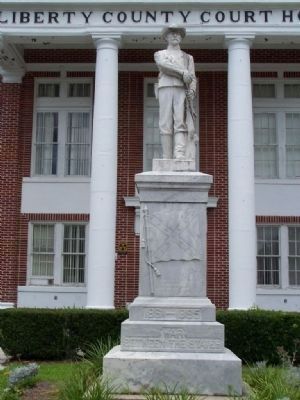 Erected by Liberty County Chapter, United Daughters of the Confederacy.

Location. 31° 50.858′ N, 81° 35.727′ W. Marker is in Hinesville, Georgia, in Liberty County. Memorial is on Court Street near South Commerce Street, in the median. In front of Court House. Touch for map. Marker is in this post office area: Hinesville GA 31313, United States of America. Touch for directions. 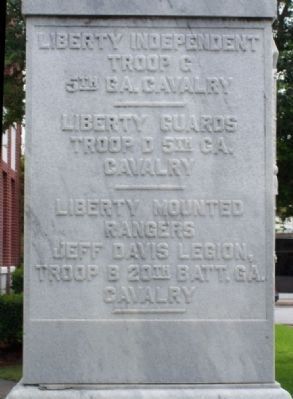 Click or scan to see
this page online
(about 500 feet away); Old Liberty County Jail (approx. 0.2 miles away); Skirmish at Hinesville (approx. half a mile away). Touch for a list and map of all markers in Hinesville.

Regarding Liberty County Confederate Monument. The front inscription, "Lest We Forget...." is from Recessional by Rudyard Kipling. 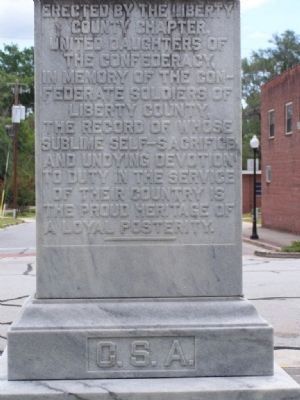 By Mike Stroud, 2008
3. Liberty County Confederate Monument , ( West Face )
Erected by the Liberty
County Chapter,
United Daughters of
the Confederacy,
In memory of the Con-
federate soldiers of
Liberty County,
The record of whose
sublime self-sacrifice
and undying devotion
to duty in the service
of their country is
the proud heritage of
a loyal posterity.
C.S.A. 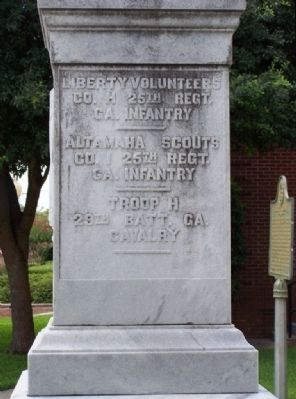 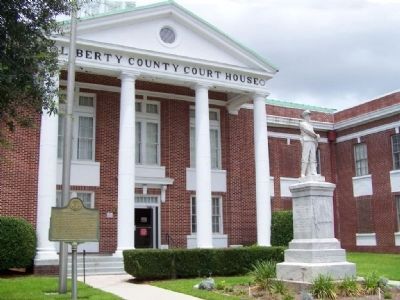