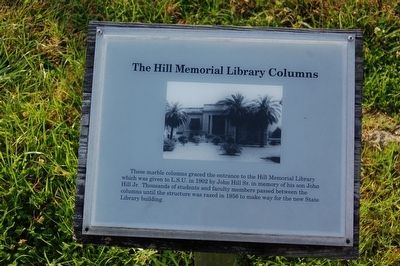 These marble columns graced the entrance to the Hill Memorial Library which was given to L.S.U. in 1902 by John Hill, Sr. in memory of his son John Hill, Jr. Thousands of students and faculty members passed between the columns until the structure was razed in 1956 to make way for the new State Library building.

Topics. This historical marker is listed in this topic list: Education. A significant historical year for this entry is 1902.

Location. 30° 24.72′ N, 91° 6.959′ W. Marker is in Baton Rouge, Louisiana, in East Baton Rouge Parish. Marker can be reached from Essen Lane (State Highway 3064) south of Interstate 10, on the right when traveling south. Located at the entrance to the LSU Rural Life Museum. Touch for map. Marker is at or near this postal address: 4560 Essen Lane, Baton Rouge LA 70809, United States of America. Touch for directions. 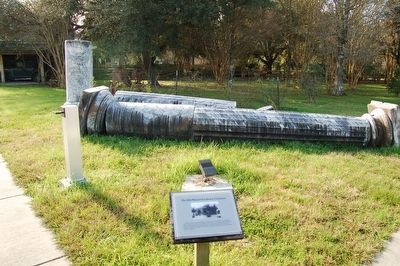 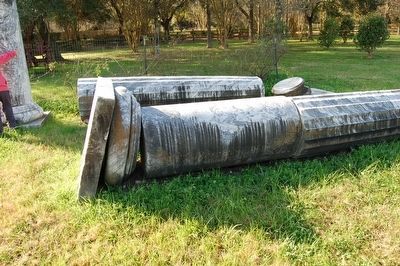