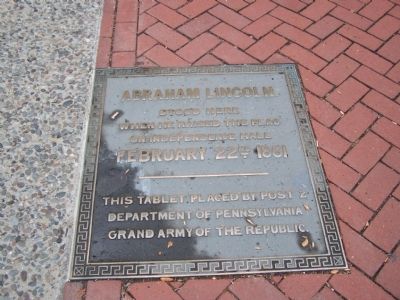 Erected by Post 2, Department of Pennsylvania, Grand Army of the Republic.

Topics and series. This historical marker is listed in these topic lists: Patriots & Patriotism • War, US Civil. In addition, it is included in the Former U.S. Presidents: #16 Abraham Lincoln, and the Lincoln 1861 Inaugural Train Stops series lists. A significant historical month for this entry is February 1916. 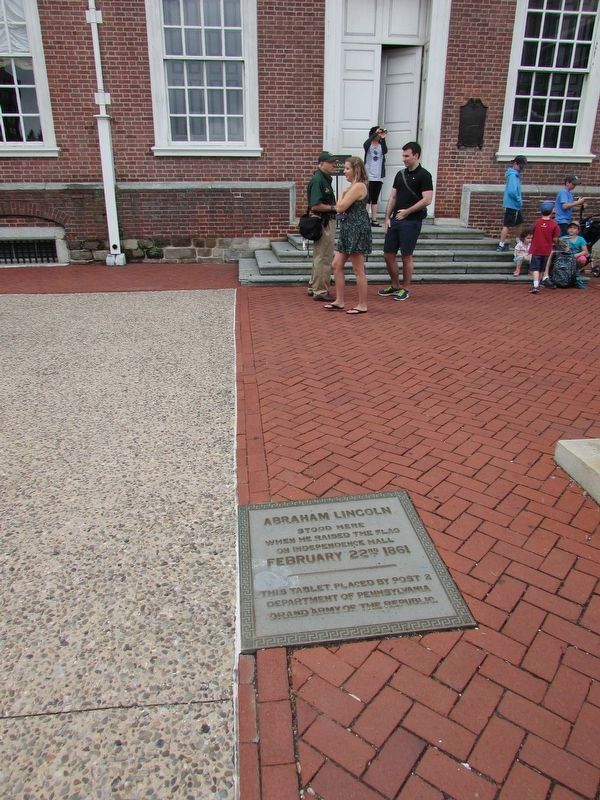 Regarding Abraham Lincoln. This flag raising was performed on Abraham Lincoln's Inaugural Journey by train to Washington to be sworn in as President. 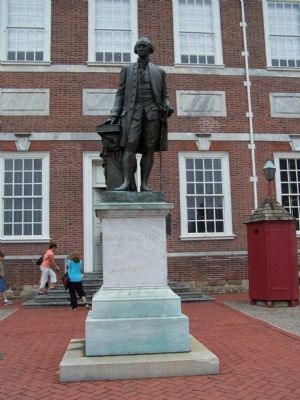 By Beverly Pfingsten, July 5, 2008
3. Statue of George Washington
Lincoln marker is to the left of the statue.
Early this morning the President Elect (Abraham Lincoln) visited the Hall of Independence where he met the Members of Council and after an address from the President of the Select Council to which replied, he took place on a Platform on the outside, heard another address, to which he also replied, and after a Prayer had been offered, he assisted in raising a new Flag of the Union with 34 Stars, on the roof of the State House, taking off his overcoat & pulling the halyards himself in the presence of a large crowd that had assembled to witness it, and was vociferously cheered by them...” Note To Editor only visible by Contributor and editor
— Submitted July 18, 2008, by Al Wolf of Veedersburg, Indiana. 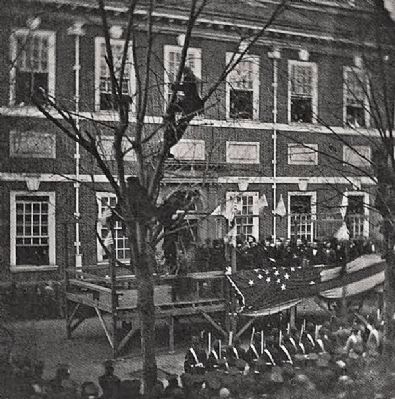